Directed by Jang Hoon
The inspiring story of a South Korean cab driver whose life is transformed by his heroic activities during the 1980 Gwangju Uprising.

"Justice is not an ideal state or theory but a matter of personal sensibility, a set of emotions that engage us with the world and make us care," Robert C. Solomon has written. This riveting South Korean film directed by Jang Hoon puts a human face on the fight for justice and the kind of passion required to speak out against human rights violations. 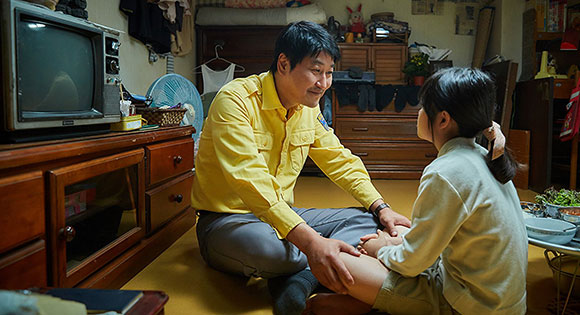 In 1980, Chun Doo-hwan, the dictator of South Korea, imposed martial law in an attempt to stifle pro-democracy protests by students and others. Kim Man-Seob (Song Kang-ho) is a taxi driver in Seoul. A widower, he is having a hard time paying his bills and providing for his 11-year-old daughter. When he hears about a European who has offered to pay 100,000 for a day trip to Gwangju, he steals the job from another cabby. The money will cover his back rent, and he has no reason to think the trip will be dangerous.

Peter Hinzpeter (Thomas Kretschmann) is a West German journalist who has heard that protests in Gwangju have turned violent and unarmed people are being killed. The Korean news reports imply that only a few students are involved, but he suspects something larger is going on. He wants to get film footage from Gwangju out to the world. 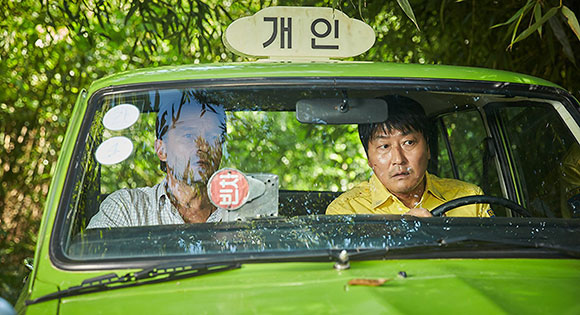 As he and Kim drive toward the city, they find military blockades on the roads. After finding a back road into the city, Kim is shocked to see what will later be called the Gwangju Massacre. Along the way they pick up a student protester (Ryu Jun-Yeol) whose English language skills come in handy.

As an Army veteran, Kim had thought of student protesters as nothing but a gang of hoodlums. But seeing the slaughter on the streets, he changes his mind and puts his life on the line helping Peter in every way he can, dragging the wounded to safety, and leading a caravan of other cabbies in solidarity with the protesters. 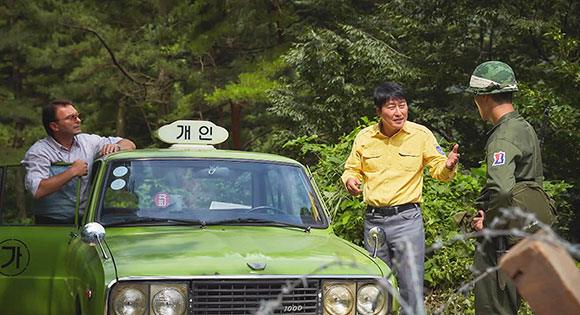 A Taxi Driver contains a lively mix of facts and fictional elements. Director Jang Hoon in the opening scene of the film shows Kim joyfully and playfully singing in unison with a song on the radio. This universal experience draws us close to this cab driver whose life is later transformed by his heroism in Gwangju. The director has stated his intentions:

"I wanted to depict a past era as reflected in the eyes of a taxi driver who starts to feel a change taking place within himself. And I wanted to portray history not as a grand process shaped by great figures, but as the culmination of many small decisions and brave choices by ordinary people -- not an expansive mural, but a miniature seen from up close. I hope that audiences experience this film as if they were riding in Man-seob's taxi, listening to the stories of people from that era, and realizing that those stories are not so very different from our own."

Thomas Kretschmann went on to write about his experiences and yearned to reconnect with Kim Man-Soeb but was not able to do so. An estimated 600 people died during the Gwangju Uprising.