Arlie Russell Hochschild is one of the most influential sociologists of her generation. In her 2016 book Strangers in Their Own Land: Anger and Mourning on the American Right, she leaves her hometown liberal milieu of Berkeley, California, and travels to arch-conservative Louisiana. There she interviews Tea Party members and supporters of Donald Trump. Hochschild finds a lot of anger in this polarized part of America, especially among poor white males. They say that while the country was founded on the idea of an honest day's work, nowadays the name of the game is cheating. In addition to their resentment over the gap between the rich and everybody else, they think that other groups – women, blacks, immigrants – are being allowed to cut ahead of them in line.

The people Hochschild talked to would feel right at home among the characters in Steven Soderbergh's wonderfully entertaining film Logan Lucky. This eccentric band of individuals live in Boone Country, West Virginia. Jimmy Logan (Channing Tatum) has just gotten fired from his job at a mine for not revealing a pre-existing leg ailment that he's told could raise a liability issue. His anger is stoked by this egregious example of a bureaucratic intrusion in his life. This former high school quarterback spends his time fixing up his pickup during visits with his young daughter Sadie (Farrah Mackenzie) who lives with his critical ex-wife (Katie Holmes) and her new husband. 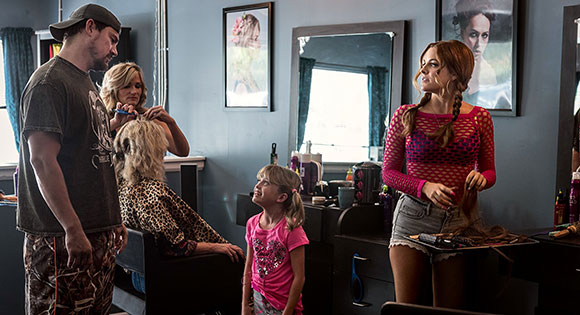 Logan decides to assemble a team to rob cash from the famous Charlotte Motor Speedway in Concord, North Carolina. The robbers are Jimmy's brother Clyde (Adam Driver), a bartender at a drinking establishment called Duck Tape who lost half an arm in Iraq; their sister Mellie (Riley Keough), a beauty salon operator who is obsessed with cars; Joe Bang (Daniel Craig), a gifted safe bomber who has to be sprung from prison to do the job; and Bang's two irresponsible brothers (Jack Quaid and Brian Gleeson), one of whom claims to know everything you need to know about computers. 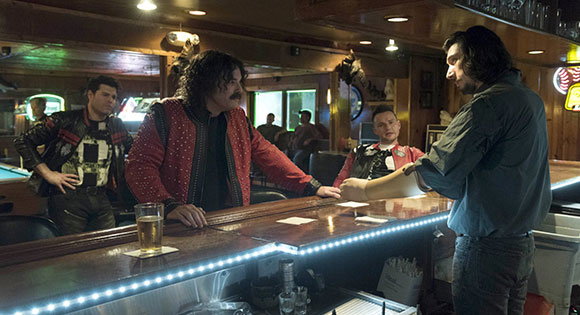 Steven Soderbergh lives up to his reputation as a filmmaker par excellence as he orchestrates all the details involved in the planning and execution of the speedway heist. John Denver fans will rejoice in the prominent role played by his melodic rendition of "Take Me Home Country Roads"; Soderbergh even stops the action for a sweet interlude as Jimmy's daughter sings it in the talent portion of the Little Miss West Virginia pageant and the audience joins in. There is plenty of rollicking rock and country music throughout the film, along with a brief but sparkling performance by Katherine Waterston as a medic who remembers Jimmy from his high school glory days. 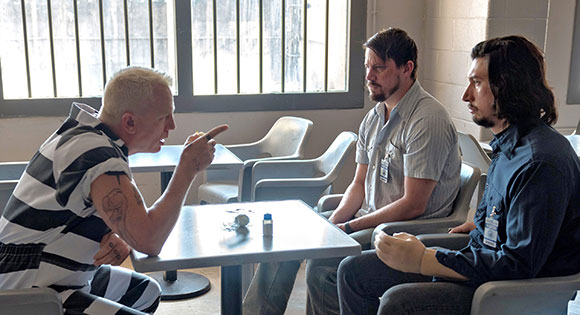 Channing Tatum easily and naturally carries the story on his broad shoulders and is given great comic assists by Adam Driver, Daniel Craig, and Hilary Swank; the latter plays a meticulous FBI agent whose hard work comes to naught given the corruption and dishonesty of a prison warden (Dwight Yoakam).

PG-13 - language and some crude comments