Directed by Gurinder Chadha
A richly developed historical drama about the partitioning of India.

Gurinder Chadha is an English film director from pre-Partitian Punjab, India, who won the attention of the film-going public with Bhaji on the Beach and with the even more successful Bend It Like Beckham about a young girl and her dreams of becoming a soccer star. Viceroy's House is set in India during the harrowing and tumultuous weeks leading up to the Partition in 1947. 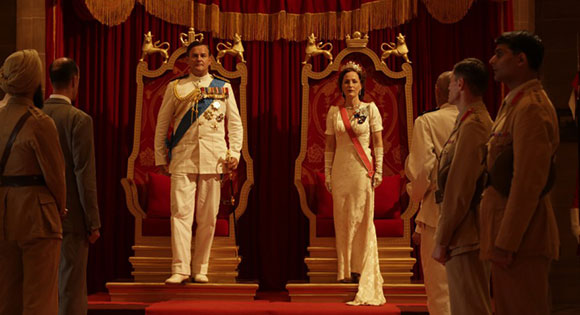 Lord Mountbatten (Hugh Bonneville of Downton Abbey fame) arrives in Delhi to take over the complex job of handing power over to India's new leaders and overseeing the peaceful exit of England after its 300-year rule. Both he and his politically active wife Edwina (Gillian Anderson) have their hearts in the right place as they seek to do what is best for an independent India. The challenge is whether to set up a single pluralistic nation with a Hindu majority or to partition it in two countries, establishing a separate Muslim-majority state of Pakistan.

Jeet (Manish Dayal), an ardent young Hindu arrives in Delhi the same day as Lord Mountbatten and lands a job training as a valet. He is in love with Aalia (Huma Qureshi), a Muslim, and wants her to marry him rather than wed the man chosen by her father (the late Om Puri); their difficulties in being together mirror what is going on in the whole country. 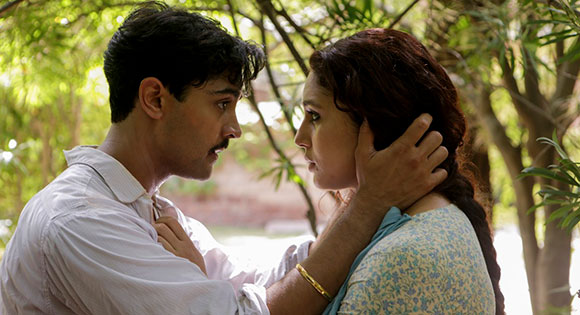 Lord Mountbatten uses all his gifts for mediation as he meets with Hindu leaders Mahatma Gandhi (Neeraj Kabi) and Jawaharlal Nehru (Tanveer Ghani) and the Muslim leader Muhammad Ali Jinnah (Denzil Smith); he finds that the latter's hopes for a separate state are very rigid. Soon, the religious tensions between the Hindus, Muslims, and Sikhs explode into sectarian violence and fear terrorizes everyone from the departing English to the Romeo-and-Juliet lovers.

Chadha has marshalled all her cinematic gifts in the creation of this ambitious historical drama which she hopes will stand by such screen epics as Gandhi and A Passage to India. The musical score by A. R. Rahman is suitably enchanting, and cinematography by Ben Smithard is exceptional. Both Hugh Bonneville and Gillian Anderson win our allegiance by demonstrating what the novelist Ernest Hemingway called "grace under pressure." 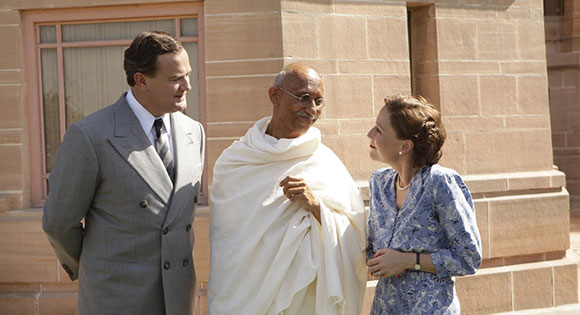 Although the spiritual leader Mahatma Gandhi is not on screen very long, he does make a crucial ethical point: "Division doesn't create peace, it creates havoc." The screenplay by Chadha and co-writers Paul Mayeda Berges and Moira Buffini unleashes a little known political power play by Winston Churchill at the end of the British rule in India. This shrewd maneuver involving oil and hindering the advance of the USSR is based on an account in Narendra Singh Sarila's book The Shadow of the Great Game.

Right in sync with contemporary times, we see how the power plays of world leaders looking out for their own people can wreak havoc on the lives of millions. In the closing scenes taken from newsreels, we see the distressing fallout from the partition: the largest mass migration in human history, displacing 14 million Hindus, Sikhs, and Muslims.