Directed by Joachim Trier
Mesmerizing drama about a female college student struggling with sexual repression and wounds afflicted on her soul.

Given the global popularity of horror films, we were immensely pleased that the Norwegian director Joachim Trier has not made blood-letting the central focus of this mesmerizing drama about a quiet and repressed female college student who finds herself without many resources as she struggles with the mysteries of first love.

In the telling opening scene of Thelma, we see her as a little girl (Grethe Eltervag). She and her father Trond (Henrik Rafaelsen) are crossing over a frozen lake and then into the snow-capped woods tracking down a deer. When Thelma sees one she stands still as her father aims at the animal and then turns the rifle towards her head. 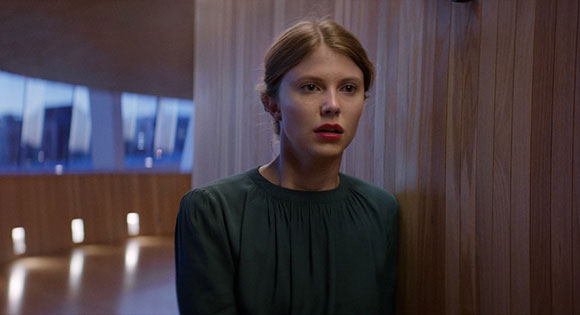 In the next scene, Thelma (Eili Harboe) is living alone in Oslo where she is attending college. She is bothered by the intrusive phone calls from her wheelchair-bound mother (Ellen Dorritt Petersen) and controlling father, a doctor, who seem to be monitoring her every action.

Thelma finds some relief from her loneliness and the weirdness of her fundamentalist Christian parents when she meets Anja (Kaya Wilkins). Although turned on by her sexual advances (especially in a public theatre while watching an erotically enticing dance on stage), Thelma is unsettled by her lack of control of her body and her emotions. She begins having epileptic seizures, troubling dreams, and telekinetic incidents.

Thelma cannot shake the spiritual wounds of self-hatred, guilt, and shame inflicted upon her soul by her fundamentalist Christian parents. This theme has been covered in many other films but director Joachim Trier opens new doors on the subject. 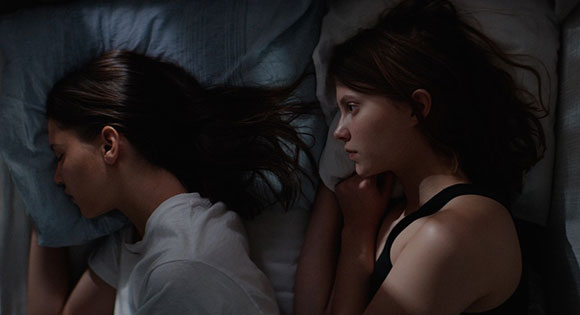 In an interview in Slant Magazine, Trier says of the film:

"I was once invited to speak at the Swedish Film Institute and I came a little early to listen to someone speak about filming kindergarteners. They discovered when you asked a child to tell a story in front of the camera, they didn't know what to do. But when you asked them what they wanted to show people, then they started showing the world as it is to them. And I think that is what cinema is all about: showing you things. I want to show you these things, the snakes, the girls struggling with love, the Hitchcockian opera house. That's being a director to me. It's not about a division between the intellectual and the emotional. It's more about how you use your gaze."