Directed by Aaron Sorkin
A dramatic meditation on risk and what it takes to be a winner in the world of high-stakes poker.

Writer and producer Aaron Sorkin fashioned a successful career out of his highly acclaimed television series The West Wing and The Newsroom. Molly's Game marks his feature film debut as a director. He has created another winner with the true life story of Molly Bloom, a smart, snappy, and confident young woman who at one point was earning four million dollars a year running a high stakes poker operation. 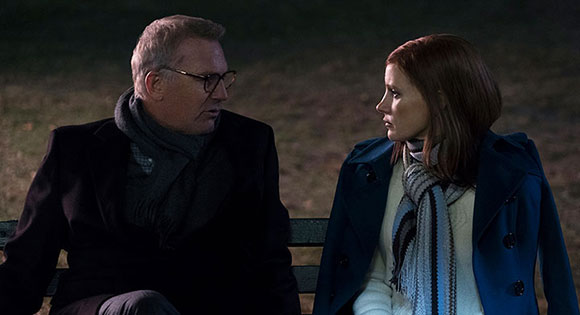 Jessica Chastain plays this poker princess whose youthful dreams of becoming an Olympic skier are dashed by a freak accident. Watching her compete and then in heated debates with her psychologist father (Kevin Costner), we realize that Bloom has the grit and courage to reinvent herself. Part of this is due to her intense work ethic and the rest comes from her resilience.

Moving to Hollywood, she gets work as a gatekeeper for an underground poker operator. His games are frequented by wealthy Hollywood stars and other prominent men in the entertainment industries. The stakes are high — hundreds of thousands of dollars in cash change hands every night. After learning the tricks of the trade, Molly decides to start her own operation in New York City where her game attracts wealthy bankers, financiers, and traders. 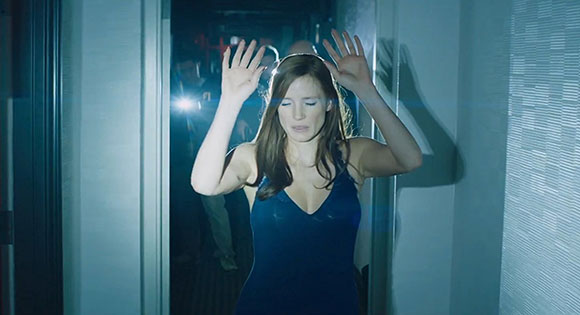 Along the way, Molly finds out that her game has been infiltrated by the Russian Mafia and that a disgruntled former player has put her on the FBI's radar. After the FBI confiscates her money, she is arrested in April 2013 and charged with profiting from hosting the poker games. She hires an idealistic and gifted lawyer (Idris Elba) who impresses this entrepreneur with his wit and driven pursuit of truth.

Those who relish the gamesmanship of poker will be pleased with this spunky film which can be set aside Rounders as one of the best poker films around. This fast-paced crime drama can also be seen as a snappy meditation on risk and what it takes to be a winner. 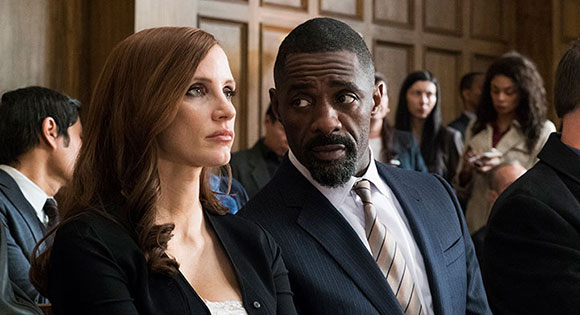 Jessica Chastain does a marvelous job narrating Molly's glory days as a young skier and then conveying how she kept her fears tapped down during the many dark days. As she has demonstrated in A Most Violent Year, Miss Sloane, and The Zookeeper's Wife, this actress can bring beauty, intellect, and spunk to any character she plays.