Directed by Scott Cooper
A western that depicts the miracle of turning away from a life of violence, hatred, and anger.

The year is 1840 and Captain Joseph Blocker (Christian Bale) has been ordered to escort Yellow Hawk (Wes Studi), a dying Cheyenne war chief, from New Mexico to Montana so he can be buried on tribal lands. Still nurturing a hatred of the chief for leading attacks in which several of his friends were killed, the military officer has spent his life fighting Native Americans and is famous for having collected more scalps than his fierce enemies. 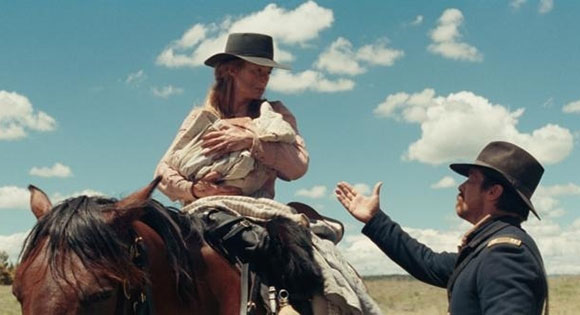 As Blocker and a select group of soldiers begin their trip with Yellow Hawk and his family, they come across a burned-down homestead where they find Rosalie Quaid (Rosamund Pike) clutching her dead baby and grieving wildly for her dead husband and two other children. They are the victims of a Comanche attack. Still in a state of shock, she struggles to dig graves for her family but eventually lets the men do it. Later, when they come across the same Comanche party, Rosalie avenges herself by shooting bullets into the body of a fallen Indian.

As the group continues their journey, there seems to be something new in the air. It begins when the Indian women offer Rosalie some clothes to wear. Then Metz (Rory Cochrane), one of Blocker's oldest friends in the company, admits that he is troubled by melancholia that makes him feel depressed and unable to carry on his military career. This troubled man seeks forgiveness from Yellow Hawk for the crimes he has committed against indigenous peoples. While dining at a military post, Blocker and his party listen to the commander's wife condemn the government and military officials for orchestrating the stealing of Native American lands. 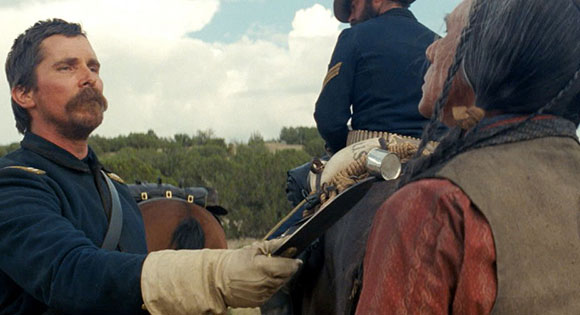 Writer and director Scott Cooper has created in Blocker a cold-hearted military man who loves battle and has no trouble brutalizing those he sees as enemies or malevolent strangers. But when he finds himself falling in love with Rosalie after serving as her protector and caregiver, he begins to change so that even his negative feelings about Yellow Hawk diminish. In a sincere exchange, the two warriors realize that they have both lost friends, making them forever connected.

The salutary message of Hostiles is that close encounters with those we hate can bring about a transformation of our attitudes and expectations. In this film and Wind River, white men learn from the wisdom and insights of Native Americans.