Directed by Daniela Thomas
Brazilian drama about a misogynistic slave owner and those suffering under his control.

Vazante marks the feature film directorial debut of Daniela Thomas, an ardent collaborator with Walter Salles (Behind the Sun, Central Station). She has taken up and recreated in her own fashion his passion for imagery and his purposeful probes of the mysterious qualities of human nature. This black-and-white drama is set in 1821 and focuses on the suffering inflicted on the lives of those who fall under the power and control of Antonio (Adriano Carvalho), a patriarchal slave owner. His hopes for a son and heir to his kingdom are shattered when his wife and baby both die in childbirth. 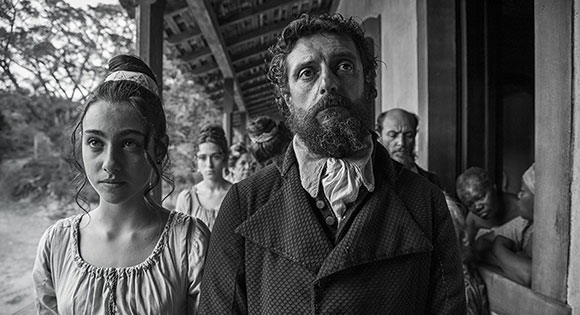 Seeing the chance to start anew, Antonio marries 12-year-old Beatriz, (Luana Tito Nastas), a curious child who lives freely in her own small world she has created. She befriends Virgilio (Vinicius Dos Anjos), a slave whose mother Feliciana (Jai Baptista) is satisfying Antonio's sexual needs until his new wife reaches childbearing age. Jeremias (Jai Baptista), a freedman, convinces the slave owner to plant crops in the rich soil of his farms. He is smart enough to see that the mining business which had been driving Brazil's economy for years will not be the mover and shaper in the future. Both men disrespect and brutally treat the men and women under their control. 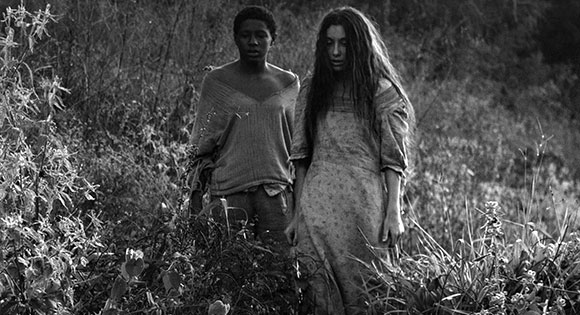 Perhaps the chief marvel of Vazante is its appreciation of the little things that give pleasure to life: Breatriz's delight in feeling rain on her head; Antonio's high hopes as he rests from exhaustion in a rock enclosed refuge; and Beatriz's satisfaction as she runs her hands along the wooden frame to her bed. These magical moments remind us that we are surrounded with ample similar opportunities to savor the world around us.