Directed by Georgia Wyss, Wari OM
An edifying and inspirational documentary about the global phenomenon of kirtan music.

Kirtan is a musical phenomenon that began in India as a way for people to sing together in praise of the Divine. There is a deep and soothing connection between the kirtan singer and members of the gathered community. The call-and-response style transmits energy that can be felt by all who participate in this experience of sacred chanting. 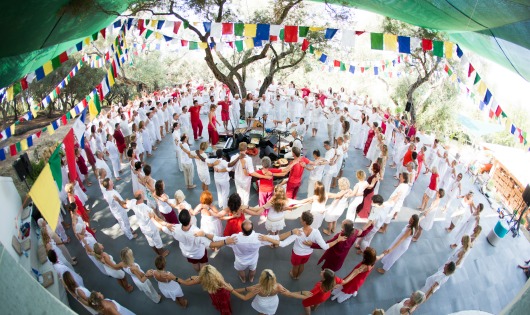 Georgia Wyss and Wari Om direct this edifying and inspiring documentary that introduces us to the music and the spiritual perspectives of established kirtan artists such as Deva Premal and her partner Miten, who have taken this music around the world; Snatam Kaur, who shares her Sikh tradition and its malleability to Kirtan; and Krishna Das, who reveals the transformative effects this spiritual practice has had upon his life. Others appearing in the film include Jai Uttal, the Venerable Lama Gyurme, MC Yogi, Gaura Vani, CC White, Mirabai Ceiba, Dave Stringer, Nina Rao, Kirtaniyas, Jean-Philippe Rykiel, and others. The viewer is treated to a multidimensional overview of this musical phenomenon.

CC White says of Kirtan: "It cracks your heart wide open and lifts you up to the sweetest place of peace."

Miten chimes in with "We all connect on a deep level."

And Krishna Das confesses: "I knew that if I did not sing with people, I would not be able to clean up the dark places in my heart." 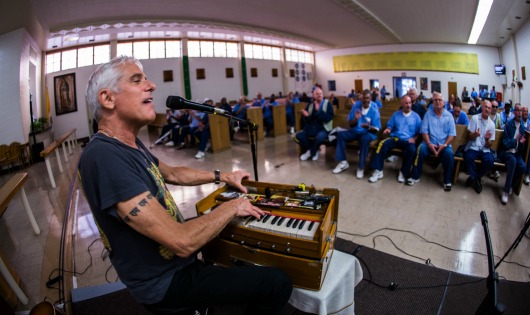 Throughout Mantra: Sounds into Silence, we learn more about the positive effects of this spiritual practice: drawing people closer together, changing awareness and the brain's activity, stirring up the dormant energy in the body, and releasing a flood of healing emotions. Some of these marvels are dramatized as Jai Uttal leads a kirtan event at San Quentin jail; the men are revitalized and talk later about how they felt transformed by the experience.