Directed by Cedric Klapisch
An appealing blend of picturesque scenes and an engaging examination of siblings struggling to run a French vineyard.

We have come to expect lively and almost always surprising dramedies from French writer and director Cédric Klapisch. He has proved to be keenly alert to the urgent and distinct experiences of urban dwellers. Paris is a visual valentine to this metropolis and to a group of strangers whose lives mysteriously interconnect. In When the Cat's Away depicts the magical ways in which community is set into motion by the disappearance of cat; here the city of Paris becomes a character in the story that goes through its own changes and transformations.

The thematic emphasis shifts a bit in My Piece of the Pie about the relationship between a working-class single parent and a high-finance superstar. Chinese Puzzle depicts the stresses and confusions of a writer who lives in Manhattan. Klapisch's prior two films revolve around a French economics student in Barcelona, L'Auberge Espagnole and Russian Dolls. In these films, Klapisch skillfully presents the challenges faced by young adults as they try to find their place and purpose in life. His latest film, Back to Burgundy, continues that focus. 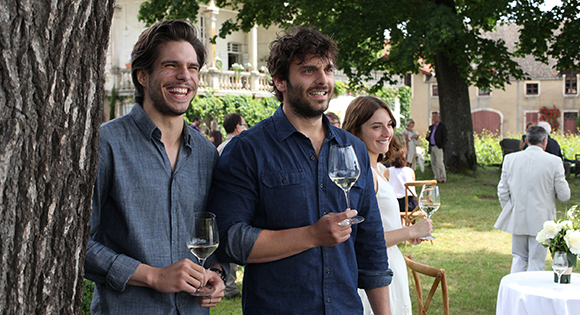 Jean (Pio Marmaï) is the oldest son of a French vineyard owner. He left home ten years ago and now lives in Australia with Alicia (Maria Valverde) and their young son Ben (Sean O'Gara-Micol). His two siblings, Juliette (Ana Girardot) and Jérémie (François Civil), are stunned when he turns up in Burgundy without notice. Their father is in the hospital and will soon die.

Juliette is now running the family wine domain. Jérémie and his wife Océane (Yamée Couture) have a baby boy and are living in the guest house on her parent's estate nearby, where he endures constant humiliation from her father, a very successful wine maker. He is still angry with Jean for not coming home for their mother's funeral. The siblings decide to put aside their differences and work together harvesting the year's grapes. 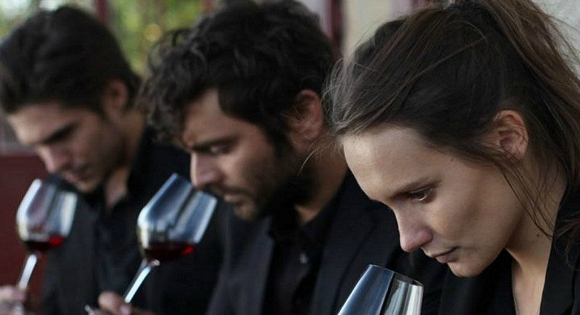 When their father dies, they learn that they have jointly inherited the vineyard but have to pay a $500,000 inheritance tax bill. Together they are forced to square off with their attachments to the land, face the realities of whether they can make a profit on their wine, and deal with the lure of $2 million each if they sell to others. This requires them to renegotiate their relationships with each other and the family's legacy.

Klapisch, as we've come to expect in his films, draws out strong performances from his cast. He also beautifully captures the picturesque countryside, so that the vineyard itself becomes another living, breathing character in the story.