In the Last Days of the City

Directed by Tamer El Said
An earnest and imaginative look at a filmmaker in Cairo who is struggling to make a tribute to the city.

Cairo is the capital of Egypt and the largest city in Africa with a population of about 17 million people. Citizens flock to Kham el-Khalili, the huge outdoor market selling carpets, metalwork, and much more. Adding to the noise and the congestion on the streets are 4.5 million cars; traffic jams regularly test the patience of those who live or work there.

Khalid (Khalid Abdalla) is a 35-year-old-filmmaker who is making a film about the city. But he is stuck in a rut and doesn't really know how to end it. Part of the problem is that he has to move and is disappointed with a real estate agent who keeps showing him undesirable apartments, including one filled with chickens. 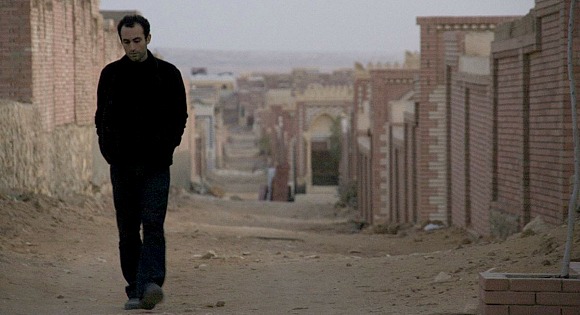 Even more sad is that his beloved mother is dying in a hospital and he cannot give her what she needs. Another loss tugging at his heart is the impending departure of Laila (Laila Samy), who is leaving the city. He seems to have genuine feelings of love for her but can't express them.

In the Last Days of the City is imaginatively directed by Tamer El Said who makes Cairo one of the most interesting characters in the film. We witness the unending flow of old and young, rich and poor, rubbing shoulders on the crowded city streets. We are shown men demolishing an old building, and we wonder about all the people who had once lived there and rejoiced in its best qualities. An acting teacher (Hanan Youssef) reminisces about the importance of place in her childhood in Alexandria.

It's the winter of 2009 and 2010, and it seems that each time Khalid gets into a cab, the news reports are busy covering the chaos of the Middle East, the decline of Hosni Mubarak's regime, the strikes by workers, and the anger of Islamic believers who have put up signs everywhere (including in an elevator) ordering men not to defile themselves by looking at women. Not even the ecstasies of soccer fans on Cairo's streets can pull Khalid out of his depression. 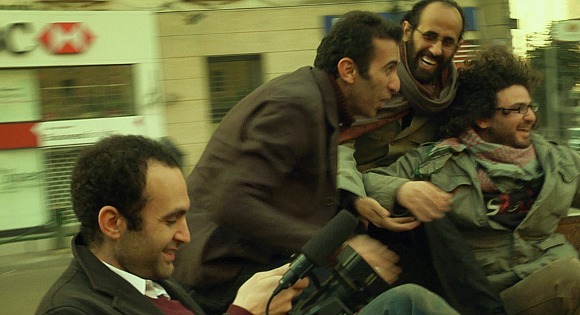 The only thing that matters to him is the heartfelt friendship of two filmmaking colleagues (Bassem Fayad, Basim Hajar) who send him footage from their lives in Beirut, Baghdad, and Berlin. These timely and kind acts of encouragement and solidarity are just what he needs to find a meaningful end for his film.