Directed by Dominic Cooke
A rare look at asexuality in a newly married couple.

G. K. Chesterton said that the beginning of wisdom with regard to sex is to realize that we are all a little crazy on the subject. Sex is a volatile, complex, and mysterious aspect of the human adventure. It can send us into paroxysms of ecstasy or leave us utterly cold. There have been plenty of films exploring the exhilarations of sexual experiences of all types but rarely do movies cover asexuality — the lack of interest in or desire for sexual activity. In a 2004 study conducted at Brock University in Ontario, Canada, results showed that 1% of all adults have zero interest in sex. On Chesil Beach explores this little discussed subject.

It is the summer of 1962 and Edward (Billy Howle) and Florence (Saoirse Ronan) are on their honeymoon at the Dorset seashore at a modest hotel. He is a grad student in history, and she's a classical violinist who plays with an amateur string ensemble. They seem well matched but are both a bit wary of each others flaws: Edward can explode into anger over some feelings, and Florence comes from a class-conscious family. 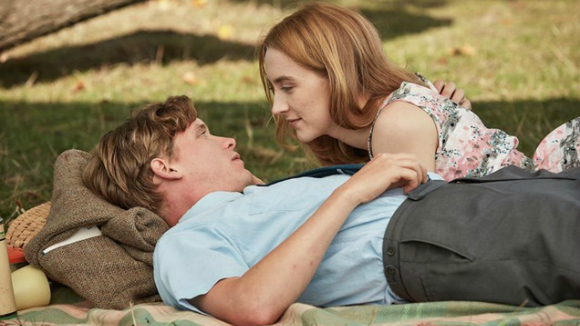 When he introduces her to his humble and troubled family, his father (Adrian Scarborough), a schoolmaster, and his mother (Ann-Marie Duff), who often acts strangely due to a head injury, both give their approval of Florence. But her successful parents, a factory owner (Samuel West) and a philosophy professor (Emily Watson) want him to adapt his life to their plans by working for Florence's father.

On Chesil Beach is directed by Dominic Cooke who captures and conveys the look and feel of the limited world in which these two characters live and move and have their being. The screenplay has been written by Ian McEwan from his well-praised novel. 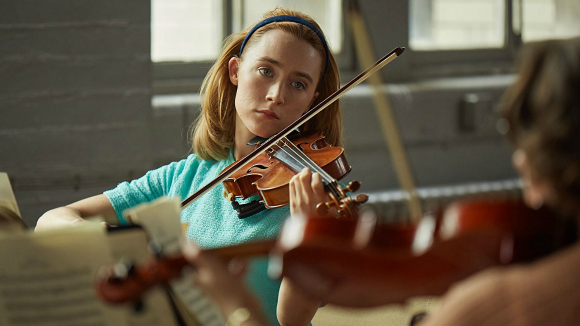 In this bittersweet drama, two lives are drastically turned around by Florence's asexuality. Since they are both virgins, intercourse does not go well for them. And it doesn't help that Florence's reading of a sex manual has turned her off to the whole process. She claims to love Edward but he feels duped and deprived when she declares that she prefers their life together go forward without sex playing any role in it.

Every couple faces the challenge of creating a satisfying sex life. To some individuals, this movie says, not having sex at all is the most comfortable option. There have been celibates throughout the ages in religious orders. To have them inside marriages may be a new concept for some people.