Directed by Susanna White
A portal into the Western frontier revealing the prevalence of racism and sexism.

Catherine Welcon (Jessica Chastain) is an ambitious and talented painter from New York City who is happily preparing to leave for the Standing Rock Reservation of North Dakota where she hopes to paint a portrait of Lakota Sioux Chief Sitting Bull (Michael Greyeyes). She has sent a letter to the U.S. government agent, James McLaughlin (Ciarin Hinds), who is irritated to have to deal with this East Coast artist; he throws out both her letter to him and to Sitting Bull.

On the train to North Dakota, Catherine is pestered, angered, and then judged by Col. Silas Groves (Sam Rockwell), an oddball military man who has witnessed and committed a large number of grim deaths during battles between the whites and the Native Americans. He warns her that her mission will not be welcomed and people will suspect she is an agitator. 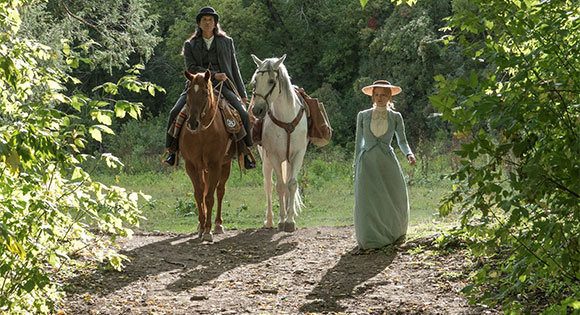 Breathless with excitement, Catherine goes to meet Sitting Bull and finds him digging potatoes. Used to having clients back East pay her to paint them, she nevertheless agrees to give him a $l000 for the project. When Catherine hears that new policies are underway to put rationing and food scarcity into effect in order to pressure the Indians to sign a treaty giving up much of their land, she generously purchases the food and supplies the tribe needs to survive. The result of her compassion is a brutal beating by townfolk. When the tribes and the white military men gather to vote on the new treaty, Sitting Bull gives a rousing speech that celebrates his people's reverence for the land, proving his charismatic leadership. 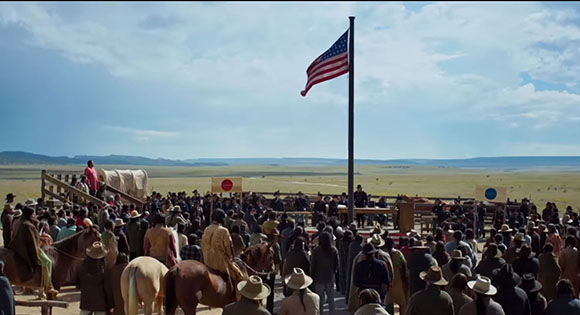 Woman Walks Ahead is directed by Susanna White based on Eileen Pollack's book Walking Ahead: In Search of Catherine Weldon and Sitting Bull. Steven Knight's screenplay offers us a portal into the corrosive and toxic forces of racism and sexism that played out so forcefully and tragically on the Western frontier. 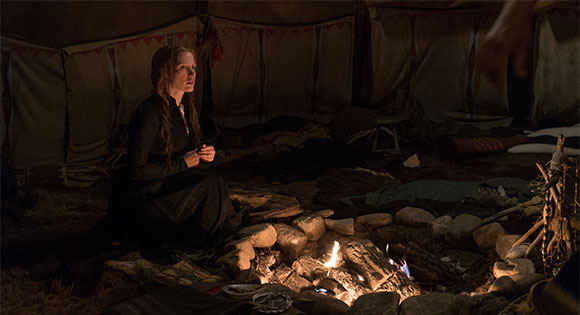 The film is carried into our consciousness by the sturdy and multi-dimensional performance of Jessica Chastain as a brave, creative, passionate, and spiritual woman whose emotions and conscience get a vivid workout as her white race of military men clash with the dignity and wisdom of Sitting Bull. Equally important is the drama's sober handling of the Ghost Dance movement and the end notes on the screen about the massacre of Sioux men, women, and children at Wounded Knee.

Film: Neither Wolf Nor Dog