Directed by Debra Granik
A thoughtful story about a father and daughter who discover that kindness is good medicine.

Will (Ben Foster) is a military vet who most likely suffers from PTSD. He's chosen to live in Forest Park, a 5,000-plus acre woodland just outside Portland, Oregon, with his teenage daughter Tom (Thomasin Harcourt McKenzie). He has home-schooled her, and she seems well-adjusted to their life off the grid.

Most of their time is spent picking herbs, collecting mushrooms and other edibles, gathering moss to start a fire, and saving rainwater for drinking. When they need food or other supplies, they walk to the city. At the veterans' hospital, Will picks up some medications, which he then sells to other homeless vets. At the grocery store, Will and Tom ask each other the moral and survival question, "Want or need?" about each potential purchase. 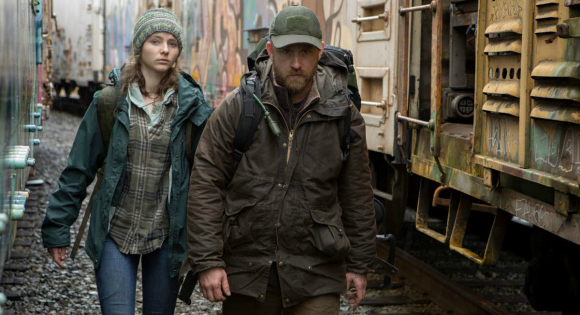 Despite their considerable efforts to stay hidden in the woods, one day they are discovered and taken to social services for days of interviews and testing to determine their mental state and physical health. It is quickly clear to the authorities that all these two outsiders really want is to be left alone.

"I always think that my assignment is to seek out stories that are experienced by people who don't get the ticket for Easy Street," director Debra Granik has said about her films dealing with poor people living on the fringes of society. That certainly was true about her Oscar-nominated Ozark tale Winter's Bone. Leave No Trace was inspired by Peter Rock's novel My Abandonment. Granik wrote the screenplay with Anne Rosellini.

The spiritually uplifting second half of this character-driven film revolves around the surprising acts of kindness that are showered upon Will and Tom by strangers. The woman from social services (Dana Millican) goes an extra mile to find them a small and quiet home far from the maddening crowd so that their transition from homelessness will be relatively minor. 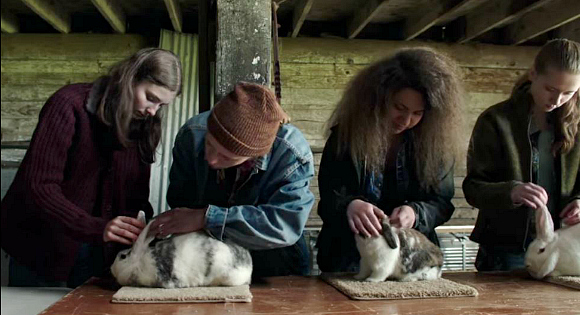 A tree farmer (Jeff Kober) gives Will a job, and Tom is befriended by a teenage boy (Isaiah Stone) who after she shows an interest in his pet rabbit, takes her to his 4-H Club meeting. Meanwhile, Will experiences the kindness of a horse who looks him directly in the eye.

But old habits die hard, and Will is just not comfortable staying put. Despite her reluctance, Tom packs her few belongs and follows him back into the woods. When he injures his ankle, she gets help from a group of people living at an RV camp. A vet who was a medic in the war takes care of him so he doesn't have to go to the hospital. Dale (Dale Dickey) encourages them to make an empty RV their permanent home. 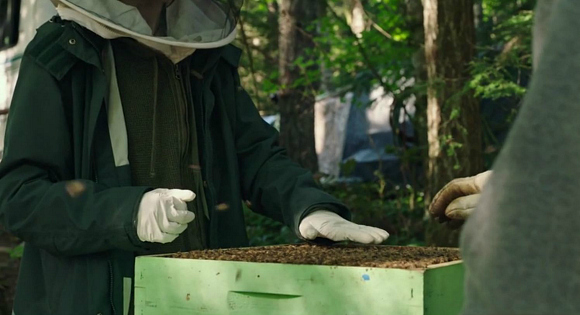 In one best scenes in Leave No Trace, Tom is taught by a kindly beekeeper how to handle these little beings. This experience enables her to move beyond Will's belief that the world is a fearful place.

With one small act after another, this uplifting drama affirms what theologian and novelist Frederick Buchner has noted:

"As we move around this world and as we act with kindness . . . the life I touch for good or ill will touch another life, and that in turn another until who knows where the trembling stops or in what far place my touch will be felt."