Directed by Bjorn Runge
An intriguing film about a troubled marriage and a gigantic secret with an astonishing performance by Glenn Close.

It is 1992 in Connecticut where Joe Castleman (Jonathan Pryce), a successful novelist, and his always calm and composed wife Joan (Glenn Close) are awakened by a caller from Stockholm with the news that Joe has won the Nobel Prize for Literature. He is hungry for adulation, and this honor feeds his ego. Joan tries to take care of his every need from reminders of when to take his pills to what foods he should not eat. 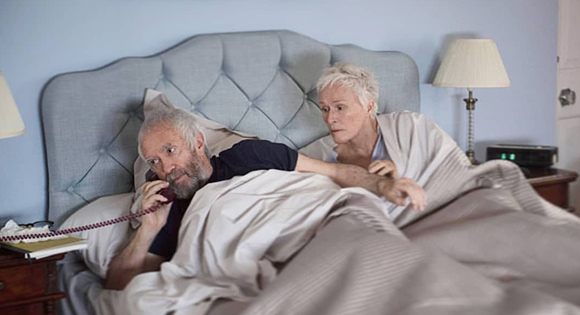 On the flight to Stockholm, we begin to see the fissures in Joe and Joan's marriage. She does not appreciate her husband's indifferent attitude toward their son's nascent writing career. She is uncomfortable with his incivility towards Nathaniel Bone (Christian Slater), a journalist who intends to write a biography of Joe. Joan is visibly irritated by his flirting with a stewardess; she's gotten used to his having affairs with women. 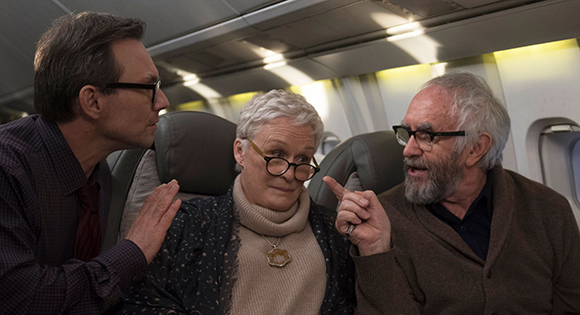 In a flashback to the couple in the 1960s, Joe (Harry Lloyd) is an unhappily married creative writing professor. As his adoring student, Joan (Annie Starke) finds herself falling in love with him and even baby-sitting his infant daughter. Although she has a talent for writing, a disappointed and embittered author (Elizabeth McGovern) advises her to not take up writing as a career since the deck is stacked against women. Joe leaves his wife and Joan, while working as a reader in a publishing house, submits his manuscript to them and his career as a bestselling novelist is off and running.

The Wife is directed by Bjorn Runge based on a novel by Meg Wolitzer. The tart and engaging screenplay by Jane Anderson hits the mark with its unsettling portrait of a secret arrangement which has been the source of anger, resentment, and low self-regard in Joe and Joan's marriage. 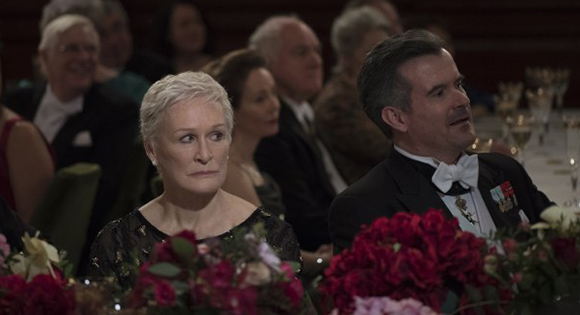 In her long and impressive career, Glenn Close has demonstrated her superb acting skills in a varied and impressive mix of movies including Fatal Attraction, Dangerous Liaisons, The World According to Garp, and Paradise Road. Her astonishing performance in The Wife delivers many fascinating scenes: she patiently and lovingly plays the mediator between the constant fights of Joe and David (Max Irons), their moody son; she has a close encounter with the slippery and slimy journalist; she attends to Joe's bouts of forgetfulness which are growing more and more serious; and she shares a magic moment with her husband when their daughter calls and announces that they are now grandparents.