Directed by Marc Forster
Charming story about an adult rediscovering his inner child.

As we were leaving the theater after seeing Christopher Robin, we overheard a mother say to her daughter (around eight years old), "What do you think is the message of that movie?" The girl replied, "Don't grow up." She got it! 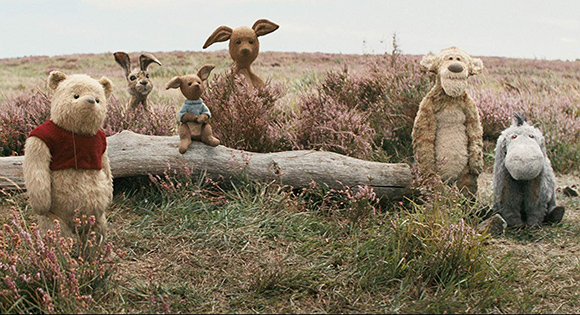 Fast forward to the 1950s. Christopher Robin (Ewan McGregor) has served in World War II, fallen in love and married Evelyn (Hayley Atwell), and become the father of Madeline (Bronte Carmichael). He has a high-stress job heading up the efficiency department of a luggage company, but he's succumbed to the dangers of adulthood. The company is in financial trouble and his boss (Mark Gatiss) expects Christopher to find a solution. This means he has to work through the weekend he'd promised to spend in the country with his family. When he tells Evelyn the bad news, we realize this is not the first time he's put work over family. 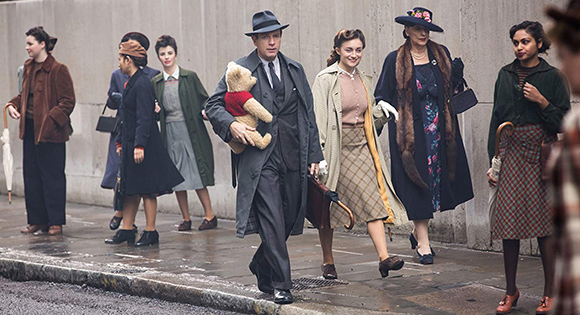 Meanwhile, in the Hundred Acre Wood, Pooh has lost track of his friends. Magically, he goes through a portal to Christopher Robin's neighborhood where he elicits his old friend's help in finding them. This feels odd and impossible to an adult who has obviously lost track of his inner child. He's embarrassed carrying a talking Pooh down the streets of London. And besides, he's got work to do! 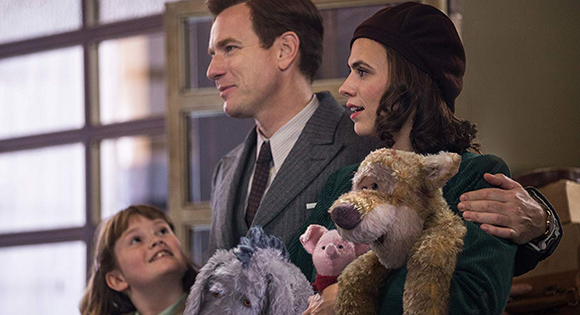 The rest of the story is pretty predictable, but that does not diminish its charm. We found ourselves wishing we could hug our toys from childhood (and we still do have some of them) and plan adventures with them. We, too, would love to be rescued from our work-filled lives and enjoy a picnic in the woods. We can't follow the advice "Don't grow up" but we don't have to lose the playfulness of childhood.