Directed by Albert Hughes
An extraordinary film charting the relationship and interdependence between a wild wolf and youth led by his heart.

"Wolves are both the most misunderstood and maligned of animals and at the same time among the most majestic and mysterious of all our fellow creatures. We still hunt them, and they hunt us by haunting our imaginations. Science alone will not restore them to their rightful habitat. We need new stories of the wolf-human bond, a new history that embraces wolves not as enemies but as mirrors, allies, and good neighbors."
— Brenda Peterson in Wolf Nation 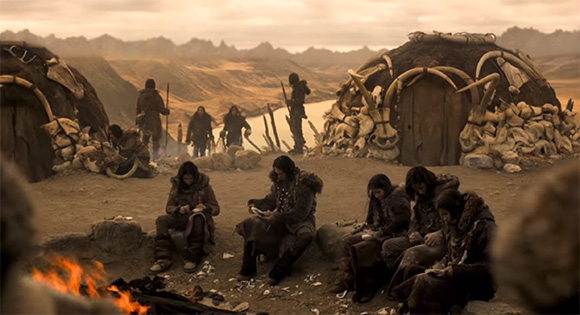 Alpha is set in the plains and mountains of Europe 20,000 years ago, a time when the earth was populated by large groups of roving, flying, and running animals of all types and species. Tau (Johannes Haukur Johannesson) is the charismatic leader of a clan of hunters who are getting ready to leave for their annual buffalo hunt that will provide sustenance for the tribe through the winter.

He is hoping that his adolescent son Keda (Kodo Smit-McPhee) will be animated by the character traits of courage, bravery, commitment, selflessness, and the ability to inspire others. At the same time, this chief is a rugged and tough survivor whose philosophy is summed up when he says: "Life is for the strong. It is earned, not given." 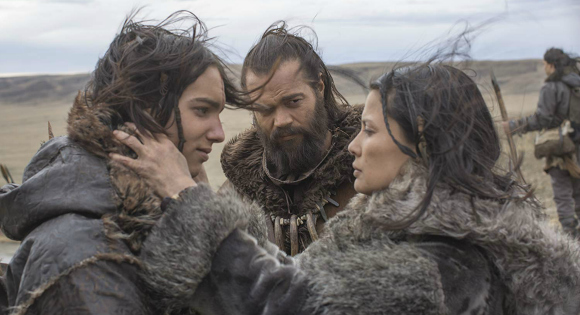 When Tau surprises his wife (Natassia Malthe) by announcing that Keda will be making the trip with the other hunters, she is concerned that the boy is not ready, especially since he leads from his heart and not from his spear. The chief tells her that Keda is stronger than he seems and must learn the ways of survival. However, when the boy faces his first test of starting a fire by rubbing a stick on a stone, he fails. Even more catastrophic, when his father orders him to cut the throat of a downed animal, he cannot do it. During the hunt, the boy is rammed by a buffalo and thrown off a cliff. He lands on a ledge where his father is unable to reach him. Full of grief, Tau and the tribe leave him for dead and head home.

Director Albert Hughes has crafted a creative, emotionally rich, and morally edifying film about a young man's coming of age and his bonding with a wolf as they struggle to survive and find their way home. After Keda wakes from his fall, he comes upon a wounded wolf who has been separated from her pack. He nurses the animal back to health and, in the process, learns the difficulties in domesticating a wild animal. They share a desire to get back to where they belong. Keda confesses to his new companion: "I will not hurt you. I will keep you alive. You miss your pack. I miss my parents." He names the wolf Alpha, and they create an alliance that benefits both of them. 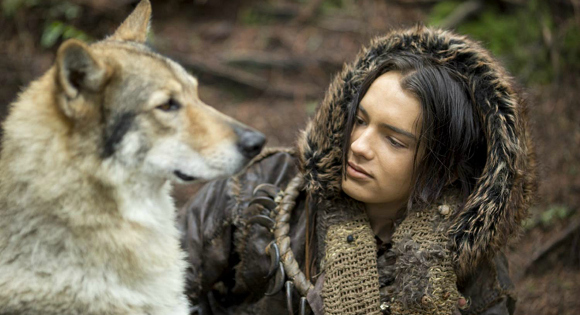 This extraordinary film is one answer to nature writer Brenda Peterson's call for new stories that depict wolves not as enemies but as "mirrors, allies, and good neighbors." It leaves us in awe at the interdependence between Alpha and Keda and shows us how such closeness can be achieved. Kinship between humans and animals arises from empathy and reverence.