Directed by Ali Abbasi
A breathtakingly bizarre parable about belonging.

Terms like “unclassifiable” seem to have been coined specially for films like Border, a singular Swedish fable that dips into horror, fantasy, crime drama, black comedy, surrealism, romance, and several more genre wells, as it straddles cynicism, hope and … troll lore. If that description seems to suggest a messy mashup of disparate parts, the whole of Ali Abbasi’s film (based on a short story by Let The Right One In author John Ajvide Lindqvist) actually ends up altogether lovely and life-affirming, even as its ickier elements continue to throb threateningly beneath the surface. 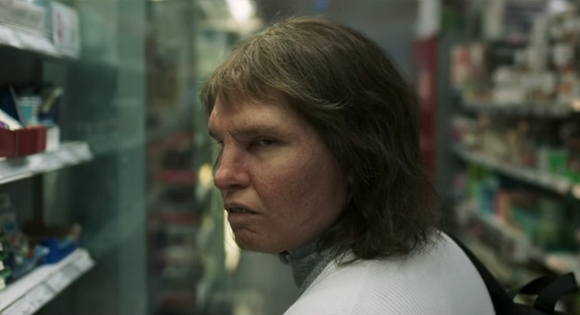 Tina (Eva Melander) is a customs officer whose phenomenally strong sense of smell serves her and her teammates well as they sniff out ne’er-do-wells at the Swedish border. Tina’s talents may earn her respect at work, but she rarely finds appreciation anywhere else. Her exaggerated brow, snaggly overbite, and puffy cheeks and body mostly attract stares in public, and her live-in boyfriend Roland (Sten Ljunggren) seems to only stick around for the free room and board. Tina’s loneliness is hauntingly palpable and even beneath heavy prosthetics, Melander’s achingly precise performance is a marvel, conveying the inner life of a mostly silent castoff through slight twitches of her nose and quick shifts of her beady eyes. 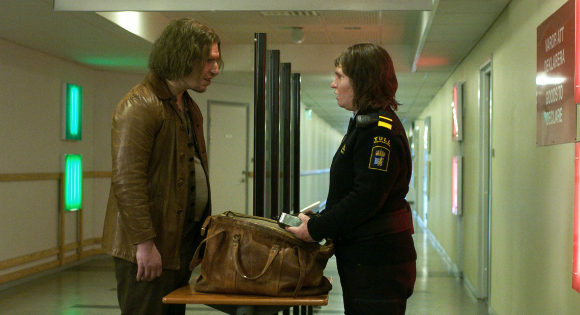 Tina’s existence is thrown for a loop when she encounters Vore (Eero Milonoff), a confident, smirking sneak whose odd looks eerily mirror her own. Vore presents as a man, but there is more to Vore’s queerly mysterious gender, and as Tina and Vore circle one another in a chilling pas de deux of wonder and recognition, everything that Tina has ever known and not known about her abnormalities begin to unravel and transform. Vore opens Tina’s shy eyes to the troll world she has never known before, a world in which she belongs, but this knowledge will come with a dark price.

Border’s strange power lies in how confidently it keeps one foot in fantasy and wonder and the other in body and psychological horror. This balance tips from scene to scene, but the stars’ committed performances always ground the unsavory elements in an authenticity that lifts what could be viewed as an unrealistic tale of terror into a hyperrealism that feels hideously believable. Vore has much to teach Tina about troll life, but Tina’s experiences with humans have prepared her to transcend Vore’s more beastly instincts. Both characters are exquisite studies in shadow and light. 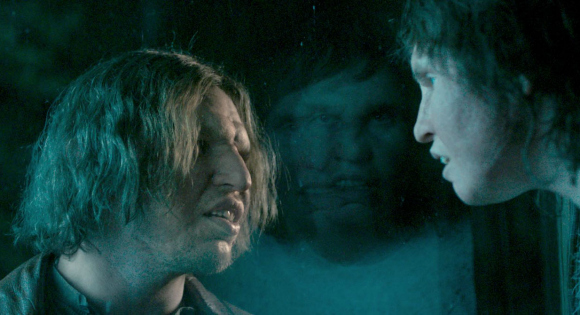 There are surprises galore as the film grows gorier and nastier, and some of the storytelling leaps and horrific set pieces will not be to all audiences’ tastes. But taken as a unique and specific interrogation of what it means to belong, what “humanity” is and is not, and the sacrifices one must make in order to transcend one’s lot in life, Border has the power to both effectively thrill and deeply move, no small feat for a story this specifically spooky. Ultimately, the film reveals itself as a meditation on borders of all kinds, those worth respecting and those worth crossing, and though the surprising spirituality at its core may be obscured by layers of genre tropes, the beating heart of Tina’s tale is well worth the dig.