The horrific real-life events at the center of Sicilian Ghost Story, namely the abduction, ransoming, and eventual murder of the teenaged son of a Sicilian Mafia informant, would not seem to immediately lend themselves to lyrical, dreamlike adaptation. But Fabio Grassadonia and Antonio Piazza have taken this sickening seed, refracted it through a spectrum of teenaged passion, gorgeous colors, unforgettable imagery, and intense feeling, and crafted a spiritual love story that defies classification and gently demands to be appreciated for the genre-decimating oddity that it is. 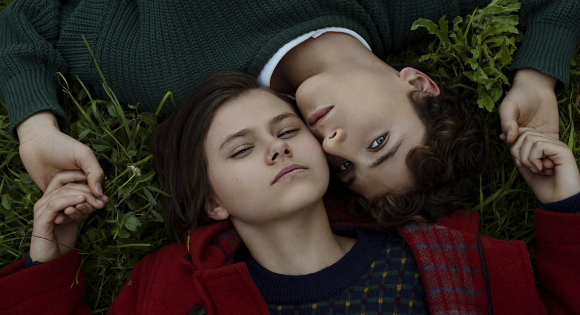 Wide-eyed Luna (Julia Jedlikowska) is obsessed with her coyly attractive boyfriend Giuseppe (Gaetano Fernandez) in the way that teenagers tend to be obsessed. She’s taken with his dashing looks, mesmerized by his charming demeanor, doting on and dedicated to him in ways impractical and immature. Luna’s parents have warned her to steer clear of Giuseppe, which only adds to the heat, and she ignores their murmerings about his family, opting instead to focus on his playful smile and his strangely hypnotic hold on her imagination. In their initial scenes together, Giuseppe seems almost untouchable and unearthly, like a seraph or fairy, close enough to feel just out of reach, but distant enough to keep Luna frustratingly interested. From the start, Luna, like any lovesick youth, mostly constructs her idea of who Giuseppe is, instead of paying attention to who he really is.

So when Giuseppe stops attending school and Luna receives no satisfying answers from his family about his whereabouts, her imagination takes over completely and she plunges into a dreamlike world that blends reality and fantasy in ways that will both torment her and keep her hope alive. As she encounters roadblocks and ruses, Luna becomes the keeper of Giuseppe’s story, the only one who seems to care whether he is alive or dead, the only one who dares to enter the darkness to seek his dimming light. What follows is less a logical sequence of events than it is a collection of evocative encounters with the mysterious potential inherent in hopeful, determined devotion. 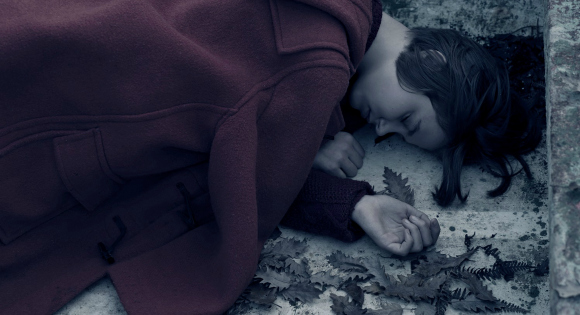 Throughout, Sicilian Ghost Story hovers in the space between fairytale and frightshow, both sweet enough to soothe and spooky enough to shock. It sits squarely in the space between childhood and adulthood, just after love starts to feel possible and just before life starts to feel unsatisfying. As Luna grows in boldness, she grows up, and as scenes of her self-possessed coming-of-age intertwine with scenes of the kidnapped Giuseppe’s deterioration in captivity, the film synchronously celebrates the power of love-fueled gumption while refusing to shy away from the hard, violent realities of human cruelty. Dreams and nightmares exist on the same plane and perspective matters. 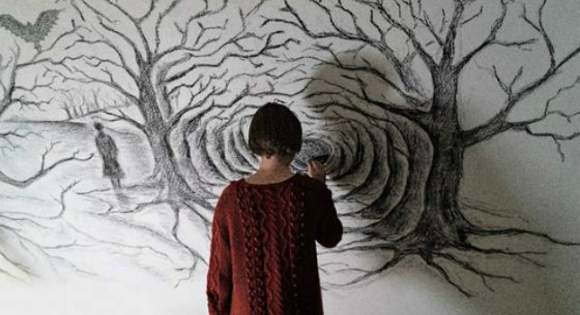 The lasting mystery of the film is underlined in its final act, a cryptic and confounding coda that, true to all that has come before, seems both eerily inevitable and altogether baffling. Anyone who knows the actual events from which Grassadonia and Piazza have pulled their story know the grisly end. But the filmmakers remain disinterested in presenting a procedural retelling of real-life horrors and injustice, and the story comes to no fulfilling finish.

Instead, Sicilian Ghost Story stays true to its protagonist’s fanciful faith, even going so far as suggesting that love might just be powerful enough to transcend death and destruction. Luna and Giuseppe’s tale might be a ghost story, but the haunting strength of their connection suggests an empowering realm of possibility beyond our wildest imaginings.