Directed by Marcelo Martinessi
A delicate and reserved portrait of later-life transformation.

The most remarkable aspect of Marcelo Martinessi’s The Heiresses is how beautifully it plays like a coming-of-age tale, even though its main character has begun a descent over the hill. The film also often plays like the chronicle of an earthshaking spiritual awakening, even though nothing overtly mystical or bombastically religious occurs. It also comes across like an interrogation of an entire country in turmoil, though it is a modest domestic drama.

The strange shape-shifting doesn’t end there. From start to finish, The Heiresses quietly surprises, moving seamlessly between being an intimately revealing character study and a cutting chronicle of a once-comfortable people in uncomfortable transition. 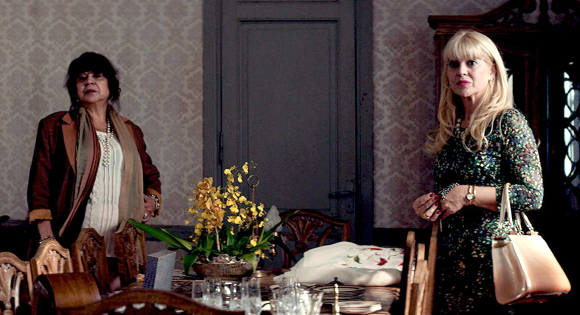 The setting is modern-day Paraguay, where a financial crisis is hitting everyone hard and the upper class is struggling to stay afloat as their once cozy lifestyle disappears before their eyes. The opening scene reveals this new reality in stark detail: Chela (played with wide-eyed and plaintive quiet by Ana Brun) watches silently as women she has never met tour her home, admiring and handling her belongings. Desperation hangs heavy in the air, and it’s soon revealed that Chela and her longtime lover, the gregarious Chiquita (Margarita Irún), are selling their belongings to pay off accumulated debts, hoping that the sale of their furniture, silverware, and trinkets might help to lift their financial strains. 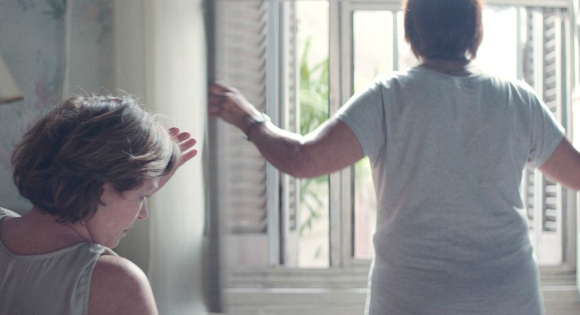 At first, most of these facts are unclear. Chela’s hushed demeanor and Chiquita’s busy hum immediately show the canyon-sized personality differences between the two, but it actually takes several minutes to even realize that Chela and Chiquita are a couple, and this remarkably unhurried revealing of detail continues throughout the film. Soon after this introduction, Chiquita goes to jail in order to serve time for bank fraud, leaving her dependent lover to fend for herself. Now the film undeniably becomes Chela’s, a tale of solitary survival. But these story elements float to the surface rather languidly, as director Martinessi allows ambiguity and unsurety to float the plot along, his script and camerawork organically revealing personalities and relationships rather than developing plot. This style invites the audience to learn about Chela and her journey to independence as slowly and softly as she seems to learn about it herself. 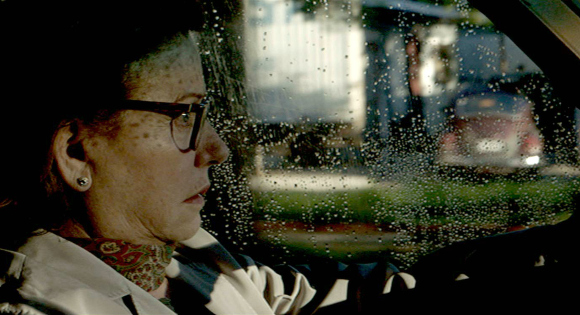 Chela’s theretofore sheltered existence is most effectively represented by her lack of a driver’s license and her fear of driving on the freeway, and it first appears that she’ll wait out Chiquita’s sentence at home with her tenderly doting housekeeper Pati (Nilda Gonzalez). But Chela is immediately thrust into the unknown when her elderly neighbor Pituca (María Martins) asks for a lift across town. When Chela drops her off, Pituca insists on paying her, and from there Chela begins to realize that her car, combined with a little daring independence, might be both lucrative and livening. Soon, she is giving rides to Pituca’s other elderly friends, and in the midst of her new business’ blossoming, she meets and chauffeurs the daughter of one of Pituca’s friends, the younger, free-spirited, effortlessly sexy Angy (Ana Ivanova).

It doesn’t take long for the abandoned Chela to develop quietly ardent feelings for the jovially aloof Angy, and even as her self-reliance continues to skyrocket, her silent devotion to her untouchable passenger grows. With Angy in the picture, Chela’s story becomes a tentative and tense balancing act of celebratory self-discovery and self-flagellating obsession. She is changing, after decades in an unbalanced relationship and unexamined life, discovering who she might be when she is on her own. But her hidden attraction to her new object of affection threatens to thwart her still-fresh inward focus. 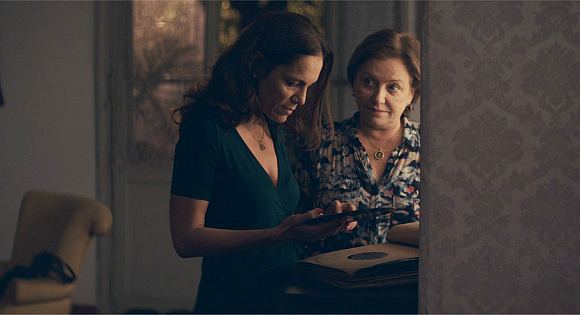 What makes The Heiresses so effective is how this balancing act is laced with muted moments of epiphany, both painful and restorative. There are no shocks, no raised voices or violent lurches, but Chela’s move toward attention, to herself and to her life, is calmly momentous. Her world is almost completely free of men (though Angy constantly talks of frustrations with several male lovers), and the yonic feel of her journey generates a nearly-mystical sense of possibility, even as the life and world of her past seems to be crumbling around her.

Though the film is full of quietly devastating developments, it is sustained by a steady breath of rising potential, of peacefully promising hope. Like her country, Chela is on the verge of both death and resurrection, a terrifying but potentially triumphant time, and her late-stage leap into the unknown feels both pointedly particular to a culture on the precipice of a cloudy future and gently celebratory of the universal fact that it is simply never too late for a wholesale transformation.