The traditional Wayúu ritual that opens Birds of Passage is breathtaking in its beauty. A young woman, Zaida (Natalia Reyes), is dressed and decorated by her chanting mother, Úrsula (Carmiña Martínez), who then presents her to her village and to Rapayet (José Acosta), a man who has come to court her. As admirers look on, Zaida’s voluminous coverings billow in the strong winds. She resembles a gorgeous bird herself, wings spread wide, ready to take to the sky. As she begins to dance, she seems as light as a multi-colored feather. Which makes the tragic gravity of what follows all the heavier. 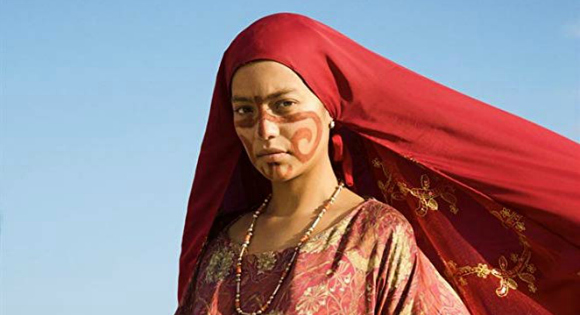 Birds of Passage is part drug trafficking thriller, part earnest chronicle of a people in crisis. As it tracks the dissolution of a family from the Wayúu tribe of Colombia’s northeast Guajira region, it also celebrates the beauty of the tribe’s language, dress, traditions, rituals, and moral codes. As it interrogates the violent realities of the 1970s beginnings of the Colombian drug trade, it also showcases the gorgeous natural environment and the loving ties that bind the Wayúu people together. This combination of harrowing thrills and incisive ethnography make Cristina Gallego and Ciro Guerra’s film unlike anything of its kind.

Following Zaida’s dance, the story quickly unspools, as Rapayet, a small-time goods trader, sets out to gather the dowry to secure her hand, a price he can’t easily afford. He and his friend, the mercurial Moisés (Jhon Narváez), happen upon a spacey brood of Peace Corps workers in need of marijuana. Rapayet and Moisés spot an opportunity and assure the desperate gringos that they can help them and, through a friendly deal with Rapayet’s cousin Aníbal (Juan Bautista Martínez), they do. From there, Rapayet and Moisés dive into a business that has little concern for those at the start of the supply chain. Soon, the unrepentant excesses of colonialism and capitalism begin to spread their toxic tendrils around them. 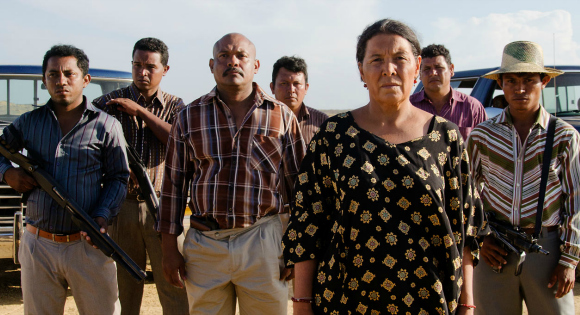 The most heartbreaking aspects of Birds of Passage are the nuanced relationships connecting its brilliantly-drawn characters. This is no broad shoot-em-up populated with generic and expendable cardboard cutouts. Every performance, from Rapayet’s peace-seeking near-naif, to Úrsula’s smartly stoic matriarch, to even those with far less screen time, is layered, textured, and brimming with complicated loyalties, warring desires, and dashed dreams. As the violence engulfs the once serene flatlands and as longstanding tribal promises disappear, the growing desperation is unbearably visceral, more tangible and terrifying than any Hollywood drug trafficking fare, and these startlingly real people begin to bear open wounds and raised scars that resemble the dry, cracked desert ground around them.

Adding another, more mystical layer to the tragedy is the Wayúu connection to the spirit world, particularly present in the recurring dreams of Úrsula and Zaida. As the body count mounts and the men around them rage and battle, both women have visions and portentous premonitions. But this doesn’t mean that these women are immune to the increasingly frenzied brutality around them. One of the film’s most uniquely shattering features is its exploration of a mother’s unstoppable drive to protect her children, and more than once, Úrsula proves herself to be the most ferocious fighter in the flock. 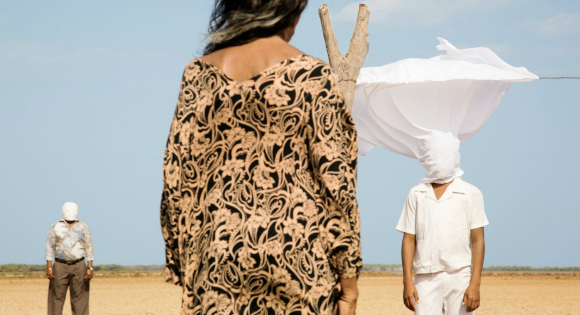 If all of this sounds too grim, there are glimpses of hope to be found among the alternately gentle and fierce love that sustains family and tribe. An ambiguous ending also suggests that storytelling, the simple act of passing on the memories of what has come before, has its own power to start the slow climb out of Hell. But Gallego and Guerra do not traffick in easy moral messages. They seem content to simply show the depredation that uncaring capitalism and unchecked colonialism can wreak on the natural beauty of a land and its people, and to let audiences pick up the pieces from there. 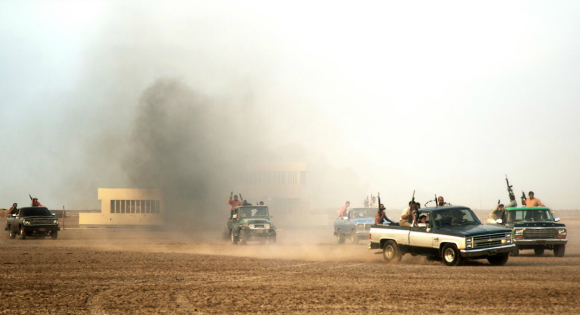 There are no happy endings when violent powers use, abuse, and dispose of those who are questing to follow the community-minded spirit of their ancestors. There is no fairy tale morality in a world where the drive of big business consumes those whose lives seem tiny in comparison. The yearning for familial loyalty and prosperity felt by all of these characters will seem simultaneously distantly foreign and eerily familiar. This is a tale of a global trade that still destroys lives, even as the broader culture sleeps easy, protected from its very real devastations. But it’s a story that needs to be absorbed and heeded, and in a market where the dangers of drug trafficking are so often used as mere entertainment, creating, protecting, and spreading stories like this one is an act of defiance, of resistance, and, possibly, of reawakening.