By the Grace of God (Grace a Dieu)

Directed by Francois Ozon
An intimate chronicle of abuse, justice, and communal healing.

Prolific auteur Francois Ozon can usually be counted on to bring some camp, whimsy, or pulpy creepiness to most everything he directs. But he goes straight-faced and straightforward for By the Grace of God, his fictionalized exploration of victims of sexual abuse at the hands of Catholic priests and their founding of a support group to help others break their silence and stand up to the silence of the Church. Though this choice of serious subject matter and approach may surprise those who have followed Ozon’s career, it is clear that the director is passionate about the need to lift these voices out of the shadows and contribute to a conversation that has, at long last, taken France, and much of the world, by storm. 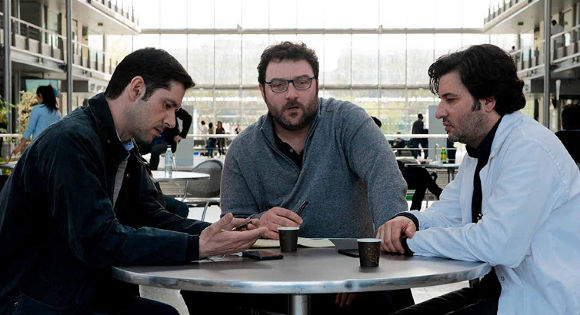 Comparisons to the U.S.-set Spotlight are inevitable, but whereas that Oscar winner focused on the daring Boston Globe journalists who fought to unearth the stories of victims and publish a much-heralded exposé, Ozon’s film keeps the victims themselves at the forefront throughout, moving from character to character and sketching in deeper details of biography and elements of increasing camaraderie as the film progresses. Through distinct narratives, Ozon introduces three very different men, all unknowingly connected by terrifying secrets — devoutly Catholic Alexandre (Melvil Poupaud), angry atheist François (Denis Ménochet), and tortured Emmanuel (Swann Arlaud) — and then subtly begins to thread their stories together.

Where the film succeeds most is in its nuanced depiction of the powerful spiritual transformation that can occur when people move from the lonely solitude of holding damaging secrets to the sense of communal belonging that takes over when they discover they are not alone. This evolution is undergirded by quietly brilliant performances from all of the film’s lead actors. Although Ozon never suggests that any of the victim’s scars can ever completely disappear, the self-possession that these men gain as they tell their stories and seek retribution for their abusers begins to fill a void that has plagued them since childhood, and a certain kind of grace begins to bloom for them all. 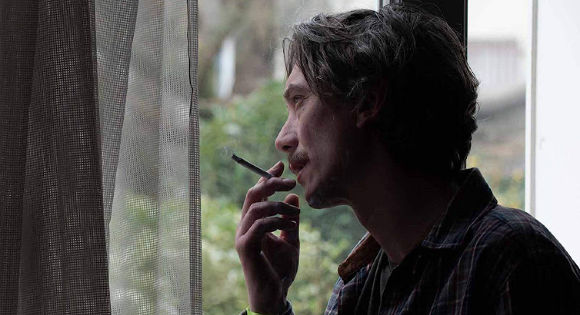 Whereas the wonderful and tense Spotlight took on the pace of a thriller as it raced to its conclusion, By the Grace of God remains sober and measured throughout, content to allow its characters’ fraught memories and cautious hopes for a less anguished future to be the main event. There are plenty of disturbing flashbacks and maddening bureaucratic roadblocks, but Ozon is not interested in sensationalism or even suspense. Instead, the film remains strictly focused on the growing strength of the wounded human beings at the center of the story. 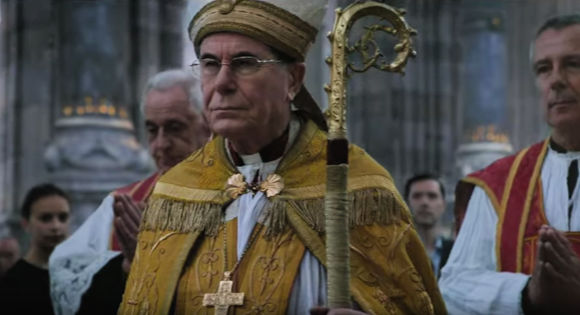 Father Preynat (Bernard Verley), one of the abusing priests, and Archbishop Barbarin (François Marthouret), a leader who appears to have willfully hidden these incidents from the public eye, come across as appropriately despicable villains. But By the Grace of God is less invested in achieving some sweeping climactic victory over these evildoers and much more invested in examining the ways that abuse, especially when it occurs in a sacred space and by the hands of a powerful faith leader, leaves lasting marks that shape both the daily and spiritual lives of those abused ong after the abuse itself ends.

At a different point in his career, Ozon might have attempted a more stylized and satirical version of this story, and he very well might have succeeded, but By the Grace of God feels like the work of an assured and furious filmmaker who is taking his subject matter extremely seriously and using his medium to respond to a current crisis that demands such gravity. Where God fits into all of this is left for viewers to ponder. No clichéd resolution is suggested that might bring any sense of closure to such lasting harms. Still, a new breath of spirit is apparent within the solidarity that these victims build together, and this collaborative exorcism may be as close to wholeness as these broken souls will get. The only potential antidote to individual pain and silence seems to be communal support and raised voices, and the heroes of By the Grace of God find both.