Someone, Somewhere can be streamed from the Film at Lincoln Center Virtual Theater (through April 30).

We are loyal fans of the imaginative and sophisticated French film director Cedric Klapisch. One of the things we've appreciated about his dramas is the clever and enlightening way he savors the city of Paris. In When the Cat's Away he does a marvelous job capturing a slice of authentic life in a Paris neighborhood. When a woman's pet disappears, her life is set on a new track as empathetic members of the community reach out to help her.

In Paris, Klapisch created a valentine to Paris through a charming story about a group of strangers who become mysteriously interconnected. Here as in When the Cat's Away, the city itself registers on our senses as a character in the story; it seems to undergo its own transformations.

Someone, Somewhere is also set in Paris. The two lead characters in this dramedy written and directed by Klapisch live in neighboring buildings. Both of them are lonely and are looking for something more in their lives. They are having trouble sleeping; she sleeps all the time; he can't sleep at all. 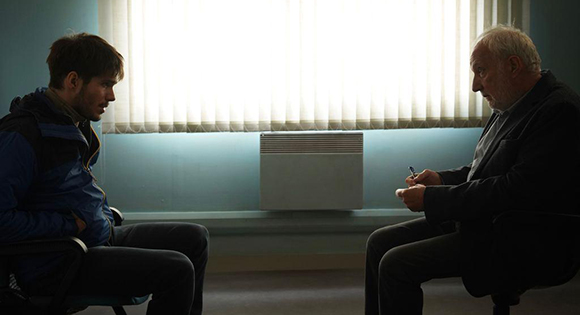 Remy (Francois Civil) is a warehouse worker whose job stocking shelves is now being done by robots. He gets a new job at a call center, but doesn't find it very fulfilling. Melanie (Ana Girardot) has a demanding and pressure ridden job at a university lab and becomes very stressed when called upon to present her findings to the staff and board.

It would be good if these two had some loving encouragement and support from a significant other. Remy's family is far away in the country, and Melanie, while from Paris, is not close to either of her divorced parents. She does have some girlfriends who encourage her to get into Internet dating, but these connections never get beyond one-night stands. Remy, meanwhile, makes a friend from work, but that relationship goes nowhere. 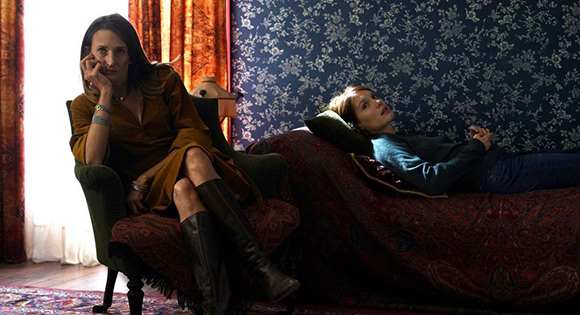 After Remy has a panic attack in the subway, he is advised to see a therapist. He wonders if he has depression; he's convinced he is "bad luck." Melanie goes into therapy too and is told that she has to grieve and let go of a relationship that ended a year ago. Both of them in their therapy sessions uncover some unexpressed issues and yearnings. 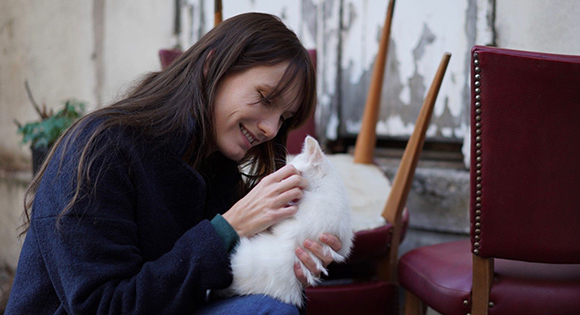 But the real surprise in this enchanting French film is when destiny draws these two together. Throughout the film, we notice opportunities in the neighborhood for connection, and city dwellers will likely find themselves wondering how often they have passed on the street or in a store someone they would enjoy knowing. Viewers will decide that these two just have to get together when his cat gets lost and she takes it in. When an opening to love finally arrives, we are convinced that the city of Paris is rejoicing in this synchronicity.