Directed by Bierta Basholli
Story of a Kosovan woman who changes her patriarchal community through care, creativity, and the empowerment of other women.

During the Kosovo War of 1998 - 1999, as many as 13,000 Kosovo Albanians were killed or went missing, victims of a campaign to displace them from the country by Yugoslav and Serb forces. This film, based on a true story, picks up in the terrible aftermath of the war.

In a small village, many women are awaiting word of their husbands' fates. For Fahrije (Yllka Gashi), this means looking in the body bags that periodically arrive in town and checking lists provided by the authorities. Meanwhile, she must take care of her two children and a disabled father-in-law. A local medical team explain that she needs to get a DNA sample from the old man to use in identifying a body, but he refuses. 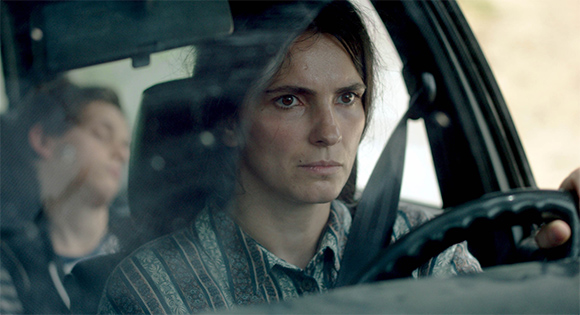 To make ends meet, Fahrije works with her husband's beehives and sells the honey at a local market. She and the other women with missing husbands get some financial help from a local collective, but they are all struggling not only with grief and uncertainty but with the effects of living in a patriarchal community. The men do not want them to work or remarry. Fahrije is denounced when she tries to sell her husband's table saw for some much needed funds. When she takes up driving, the men hanging around a bar throw rocks at the car. The message is clear: women must know their place. To do anything outside the traditional norms is to disrespect their husbands and the community. 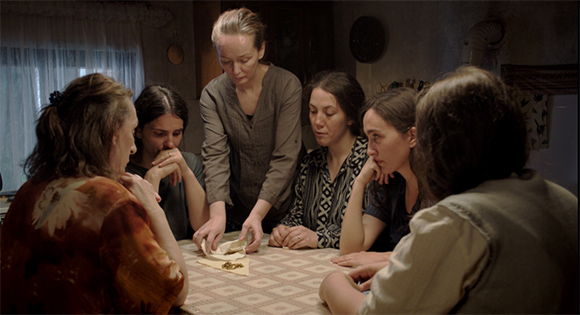 Fahrije, however, is determined to change things. Her determination is mirrored in her firmly set jaw and steady gaze. She comes up with the idea of making and selling ajvar, a popular pepper relish, at a grocery store. She enlists the help of other women, and soon they have a thriving enterprise.

Writer and director Bierta Basholli shows the heroic nature of this Kosovo woman whose care, creativity, and kindness becomes a source of empowerment to other widows who are tired of being ridiculed and denied their freedom. This grieving sisterhood bands together and find a way out of their feelings of hopelessness and helplessness.