Directed by Ryusuke Hamaguchi
A slow-moving meditation on alienation and connection.

Drive My Car is the sort of film viewers might not know they need. Clocking in at a daunting three hours and moving at a quiet, deliberate pace, Ryûsuke Hamaguchi’s adaptation of a short story by Haruki Murakami is at first alienating, a desolate landscape populated with lonely characters who are grieving losses they can’t even begin to articulate. But it soon becomes clear that this is a deeply articulate spiritual experience. What its characters can’t find the words to say, Ryûsuke Hamaguchi finds ways to show in steadily unfolding, surprisingly inspiring ways. 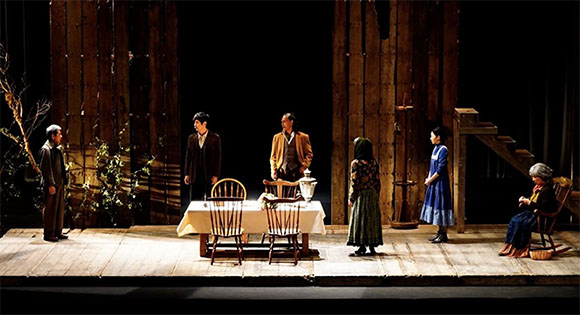 It makes sense that the film’s main character Yusuke (Hidetoshi Nishijima), a theatre director and actor, is scheduled to direct an experimental production of Anton Chekhov’s Uncle Vanya at a theatre festival in Hiroshima. His trademark style is to have the actors expressing themselves in different languages – Japanese, Mandarin, Korean and Korean sign language. His approach fits the themes of that play with its classic characters yearning for lives beyond what fate has dealt them. His own melancholic, solitary presence is in stark contrast to their attempts at interaction.

Yusuke’s most cherished times are when he’s left alone in his red Saab to listen to tapes and learn lines for the plays in which he’s starring. Yusuke used to be married to the elegant Oto (Reika Kirishima), but he’s lost her to a brain hemorrhage. The only remaining trace of her are the other characters’ lines she’s recorded to help him memorize his parts as he drives. 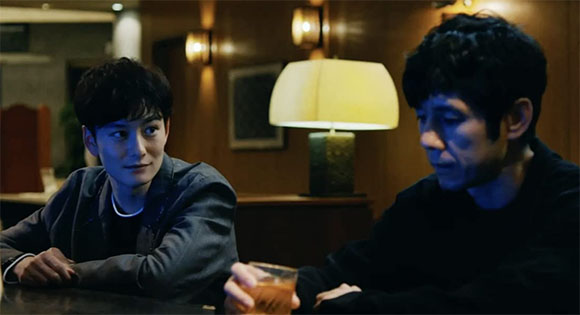 So it’s especially distressing to Yusuke when the Hiroshima festival presenting his Uncle Vanya insists that he allow a hired driver to transport him for the full rehearsal period. This driver, the steely, silent Misaki (Toko Miura) doesn’t do much to cater to Yusuke’s consternation or to clamor for his trust besides showing up punctually and getting him to where he needs to go, but he does notice that her smooth driving both relaxes and assures him. Almost imperceptibly, a bond grows between them. This transformation of platonic commitment is the reliable beating heart of the film.

Outside Misaki’s car and in the rehearsal room, Yusuke has given himself an additional challenge. He’s cast the young, mercurial Koji (Masaki Okada) as Vanya, knowing that, years prior, he clandestinely observed the handsome actor bedding Oto. This plants a ticking time bomb at the center of things, one that, in true Chekhovian fashion, is sure to explode. But by the time it does, the film’s focus has zoomed so beautifully in on the growing relationship between Yusuke and Misaki, that it’s nearly an afterthought. Misake has her own painful secret buried beneath her placid affect. Connection grows between these two damaged souls and the potential for that other, more combustible plot point cedes the stage to a far more muted, but far more powerful epiphany. 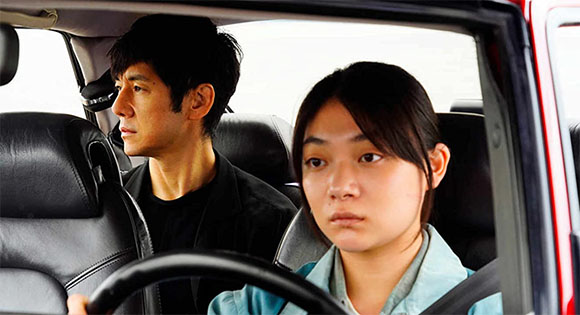 Grief, loneliness, and alienation are universal realities, but as evidenced by this elegant prayer of a film, so are connection and transformation. While many wait for explicitly bold strikes of lightning to disrupt mundane, disappointing lives, Drive My Car suggests that it is through almost invisible threads of everyday, increasingly generous interactions that relationship becomes something radical.

Reaching out to others and allowing others to reach out to you is a balancing act that requires attention, intention, and unending compassion. The film’s form turns out to be an important aspect of its message. Its pacing, patient and grace-filled, allows its characters to open up to one another in their own time. It models how authentic connection develops through the tiniest shifts, as we allow the cracks in our hurting hearts to expand, learn one another’s unique languages, and invite something new to fill the space.