Directed by Panah Panahi
A delightful and deep exploration of Iranian politics through an intimate family lens.

Hit the Road begins with beauty so surprising it’s enough to make the heart race, and this delightful film doesn’t let up on the gas pedal. Solemn sounds of piano notes give way to an opening image of a little boy (Rayan Sarlak) lightly touching a drawing of a keyboard on a graffitied cast. The camera then pans out to reveal that the plaster surrounds one leg of the boy’s grumpy father (Hassan Madjooni) who sits in the backseat of a car. In the front seat is the boy’s elegant mother (Pantea Panahiha). Nearby is a sour-looking young man who is soon revealed to be the boy’s older brother (Amin Simiar). From this unassuming scene unfolds an intimate road trip so delightful that its ultimate powerful punch completely sneaks up on its audience.

Directed by Panah Panahi, the son of famed Iranian filmmaker Jafar Panahi, Hit the Road takes the
elder Panahi’s penchant for trenchant critiques of Iranian society and wraps it in a uniquely sweet story of devoted family love. Most of the film’s mystery relies on the slow unfolding of why the family is actually taking the trip they’re on, where they’ve been, where they’re going, and who won’t be returning with them.

But the mystery is only part of the film’s deep treasures. Most of the running time is spent showcasing the ornery but absolute devotion that these people have for one another. Add to the mix a dying dog they can’t seem to shake, and it’s a recipe for cinematic gold. But as sweet as it is, the film never simply relies on the saccharine, always finding a delicious balance that moves without ever feeling sentimental. 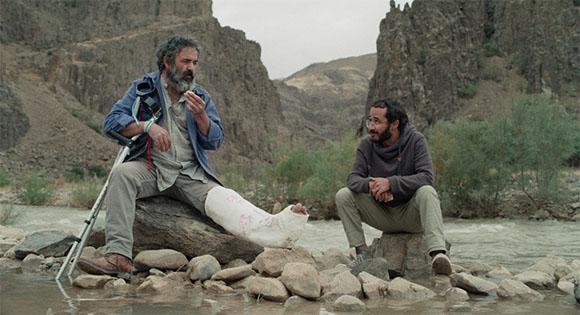 Amidst the gentle humor, dread hovers and details are sparingly revealed. Early on, the mother notices another car directly behind theirs and warns, “We’re being followed.” There’s also a reason why each family member has promised to leave their cell phone behind, though whether all of them have kept to this promise is part of the fun and the fear. As the family travels closer and closer to their destination, it seems as if all of Iran’s social assumptions and strictures are being upturned and interrogated within the confines of the car.

Importantly, it is through the little brother’s awe-struck eyes that the audience is invited to view this shadowed world. Mom and Dad want to keep the dark truth of their journey from him as long as possible, but the youngster’s constant curiosity is difficult to contain. Panahi effectively balances the danger of the surrounding threats with this child’s manic wonder, allowing his ability to turn everything into a rambunctious game to not only entertain but serve as the film’s main emotional driver. He loves his family with unending gusto and that love has yet to be marred by many of the world’s worst realities. 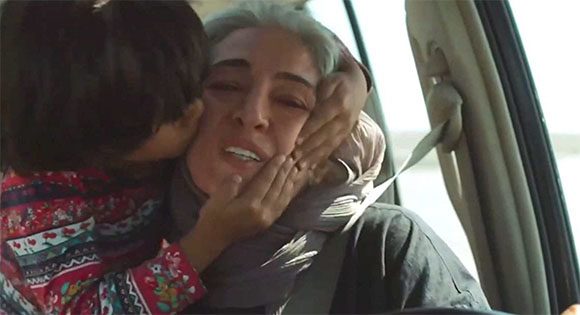 As honest as Hit the Road becomes about the facts of Iranian existence, the film also offers abundant hope. It questions the cruelty of a society that sends families down fear-laden paths in order to escape forced participation in harmful systems while it also shows how love-filled family systems are one of the world’s strongest antidotes to such violence. No matter how familiar viewers are with Iranian politics, this journey educates with clear-eyed veracity and inspires with heartwarming tenacity.