Directed by Arik Kaplun
An appealing Israeli film about the resiliency needed by a small band of Russian immigrants to survive in difficult times.

Yana (Evelyn Kaplun), a pregnant Russian woman, has just arrived in Tel Aviv in 1991 with her husband. Since they don't have much money, they're forced to share a flat with Eli (Nir Levi), a wedding photographer. Imagine Yana's shock when her partner returns to their homeland without her, taking all the Israeli settlement money with him. Rosa (Dalia Friedland), their landlady, is also dismayed.

Eli, a self-confessed hedonist, secretly begins chronicling Yana's plight on video. When Iraq sends Scud missiles into the city, these two strangers are forced to huddle together in the same sealed bedroom. Whenever Yana gets in trouble, Eli is there to help her out. Eventually their relationship evolves into a romance. Some of the best scenes in the drama show the two of them making love while wearing gas masks.

Writer and director Arik Kaplun opens our eyes to the disappointments and challenges of Russian immigrants in Israel during the Gulf War. The film won ten Israeli Academy Awards. Its theme could be summed up in this statement by Ian Maclaren: "Be kind for everyone is carrying a heavy burden."

While Yana tries to get her feet firmly planted on the ground, her neighbors Alik (Vladimir Friedman) and Mila (Lena Sachanova), two other Russian immigrants, come up with the idea of using her World War II decorated invalid father Yitzhak (Moscu Alcalay) as the family's breadwinner. They put him on the street in his wheelchair and kind-hearted passersby fill up his hat each day with coins. This good fortune angers Yuri (Shmil Ben-Ari), an impoverished music teacher who finds his accordion playing overshadowed by the old man. Eventually a secret from Rosa's past draws her into the lives of Yitzhak and his family.

Yana's Friends demonstrates the resiliency needed by all of these immigrants to survive in Israel during hard times. The DVD features a biography of and interview with writer/director Arik Kaplun. 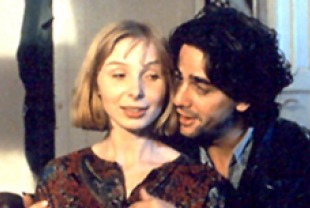