Ayurveda: The Art of Being

Directed by Pan Nalin
A fascinating documentary that provides a rounded and revealing overview of this ancient holistic healing system.

Ayurveda is one of the oldest holistic medical systems in the world. It is indigenous to India where it has been practiced for over 5,000 years. The term in Sanskrit means "science of life." It combines medical and spiritual approaches to promote health and balance between mind, body, and soul. This fascinating documentary written, edited, and directed by Pan Nalin was filmed in India, Greece, and the United States. It features stories, interviews, and a multidimensional overview of this ancient system that has been called "the mother of all healing systems."

In the opening sequences, sixty-seven-year-old Brahmanand Swamigal is diagnosing a patient through examination of pulse, tongue, face, eyes, lips, and nails. This deeply spiritual healer has been practicing Ayurveda for 55 years. He learned it from various gurus and in one scene is seen meditating near a waterfall. His assistant who gathers the herbs for treatments thanks God for these medicines. Swamigal even prays over the package of remedies before handing them to the patient.

In Ayurveda, therapies work to improve health by restoring balance, enhancing energy, promoting mental and emotional equanimity, and fostering greater patient self-awareness. Dr. Nicolos Kostopoulos, a Greek Ayurveda practitioner, discusses the early emphasis in this healing modality on the neurological system. Meanwhile Vaidya Narayan Murthy is shown dispensing medicinal remedies from the forest — mainly bark from various trees — to large numbers of patients for no cost. He reveals that he's content with his work and has no need to profit from the suffering of others. Dr. Scott Gerson, who has practiced Ayurveda in the U. S. for over 20 years, is convinced that it has great potential to address the physical, mental, and emotional problems connected with stress, fast-paced lifestyles, and over-nourishment.

In addition, the documentary demonstrates the large panoply of therapies used in Ayurveda including diet and nutrition (based on three body types), herbology, bodywork and massage, mind-body medicine, and treatments using gems. Among the most interesting segments are those dealing with the curing of a little girl with misshapen legs, an ancient mud bath used to diagnose physical maladies, a laughing regimen to promote better health, and the treatment of mental illness in a man by waking up the mind rather than using drugs to put it to sleep as is done in Western psychiatry. Ayurveda: The Art of Being provides a rounded and revealing overview of this ancient holistic healing system. 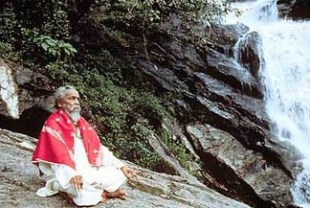 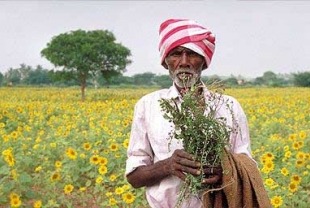