Directed by Daisy von Scherler Mayer
A spunky and sassy drama about a young woman who tries to create herself anew using discipline and devotion.

In this spunky and sassy drama, Mary (Parker Posey) is a street-smart hustler who organizes all night bashes on the lower East Side of Manhattan. She's a spunky 24-year-old whose friends include an aspiring DJ, a gay clothes designer, and an alcoholic club owner.

After being busted for the illegal sale of alcohol at one of her parties, Mary reluctantly takes a job as a clerk in a public library managed by her godmother. The two don't hit it off very well. But this change of venue works to Mary's advantage — she learns a new trade by mastering the Dewey decimal system. She also falls in love with a falafel vendor who was a teacher at home in Lebanon.

Thanks to the light and merry direction of Daisy von Scherler Mayer, Party Girl goes down easily. It proves that even a party animal can create herself anew with proper discipline and devotion. And twentysomethings will need all the practice they can get with pundits predicting they will have to master four to five career changes in their lifetime. 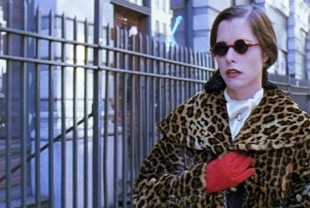