Directed by Joe Mantello
A funny and touching drama about a group of white upper-middle-class gay men.

Love! Valour! Compassion! is a funny and touching screen adaptation of Terrence McNally's 1994 Tony Award-winning play about a group of white upper-middle-class gay men. Gregory (Stephen Bogardus) is a middle-aged dancer and journal writer who has purchased a beautiful Victorian house in the country. He sees it as a retreat center and spa for his friends over holiday weekends-Memorial Day, Fourth of July, and Labor Day. His lover is Bobby (Justin Kirk), a blind fellow who enjoys gardening.

Their friends include Arthur (John Benjamin Hickey), an accountant, and Perry (Stephen Spinella), a lawyer, who have been a couple for 14 years. John (John Glover), a caustic English composer, brings along Ramon (Randy Becker), a Hispanic dancer whose sexuality sends ripples of sexual excitement and tension through the group. Buzz (Jason Alexander), a musical comedy enthusiast, has to entertain himself until John's twin brother James (also played by Glover) arrives from England. Since he's dying of AIDS and Buzz is HIV positive, they have a lot to teach the others about loneliness and compassion. In one of the film's most poignant scenes, Buzz makes Perry promise that he'll be there with him when he dies. Love! Valour! Compassion! directed by Joe Mantello vividly conveys some of the humor and the heartbreak that binds together these friends and lovers in the AIDS era. 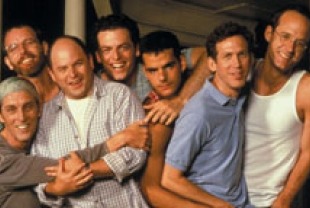 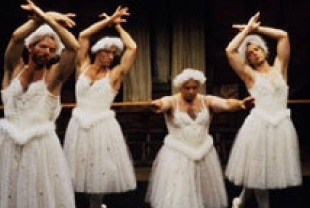