Directed by Mike Nichols
Story of the spiritual transformation of an aggressive, successful, and amoral New York lawyer into a person who values love, play, intimacy, tenderness, and compassion.

A number of books published in the 1990s offered a savage critique of the runaway careerism of the 1980s when so many individuals sacrificed everything to achieve financial success. The authors suggested that increasingly men and women would reject this lifestyle, a prediction that seems to be coming true. People are consciously modifying, slowing down, or totally changing their careers so as to devote themselves more fully to family, community, or personal projects.

Regarding Henry deals with this important value shift in the lives of upper-middle-class professionals. Harrison Ford plays Henry, a self-centered, callous, and manipulative New York lawyer whose fast-track pursuit of money and power is halted one evening when he goes out to get cigarettes and interrupts a robbery in progress. He is shot in the chest and head and suffers brain damage.

This close encounter with death leaves Henry unable to walk, talk, or remember who he is. He does not recognize his wife (Annette Benning), daughter (Mikki Allen), or former colleagues. The road to recovery involves intensive therapy.

But this catastrophe sets Henry on a new path, a deeply spiritual one. The catalyst for the renewal is Bradley (Bill Nunn), a physical therapist whose joie de vivre lifts Henry's spirits and gives him the confidence he needs to live simply but honorably.

Director Mike Nichols does a fine job orchestrating Henry's spiritual transformation as he discovers new meaning and purpose in his life. The workaholic, who has never been present in his 12-year-old daughter's life, is now there to share the significant moments. The husband, who let the love drain out of his marriage, rediscovers what brought him and his wife together in the beginning. And the lawyer, who violated the ethics of his profession, has an opportunity to right a past wrong.

Regarding Henry is a wake-up-and-smell-the-roses film that helps us to pay attention to the marvels in our lives. It also pats us on the back and says, don't give up. It's never too late to change. 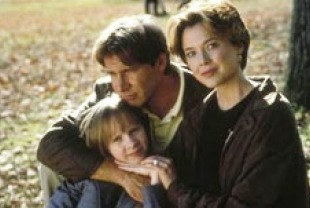 Read our reflections on You in Regarding Henry