Directed by Bill Forsyth
A charming cross-cultural tale about some outsiders from a Texas oil company whose visit to a small Scottish town changes everything.

Scottish director Bill Forsyth is blessed with a keen appreciation for the details that make people and places special. For Local Hero he teamed up with producer David Puttnam (Chariots of Fire) to bring to the screen a marvelously quaint, comic, and humanistic drama about the interplay between two very different cultures. The characters in the story are rounded, spontaneous, quirky, and thoroughly likeable.

Felix Happer (Burt Lancaster) is the very rich and powerful chairman of the board of Knox Oil & Gas. Despite his wealth, he is a troubled man. To cure his confused psyche, Felix relies upon the bizarre ministrations of a zany "abuse therapist." To answer his need for immortality, Felix scans the skies in his private planetarium atop the company's 60-story skyscraper for a comet that may one day bear his name.

Felix wants more oil. The research division of the company believes lots of it lies under the North Sea off the coast of Scotland. Mac MacIntyre (Peter Riegert) from "Mergers and Acquisitions" is selected to travel to Ferness, a small Scottish fishing village, and convince the residents to allow Knox & Gas to build a refinery there. Everyone assumes Mac is Scots, but he is really Hungarian. Felix also orders him to watch the skies for strange configurations.

Overseas, Mac joins his Scots counterpart, Danny Oldsen (Peter Capaldi). On the way to Ferness, their automobile stuns a rabbit, which they promptly adopt. They must spend the night in the car when a dense fog rolls in. Arriving in the village, they settle down at an inn run by Gordon Urquhart (Denis Lawson) and his buxom bride (Jennifer Black). The lovely fishing village seems stranded in time.

Gordon, who is also the unofficial mayor of Ferness, volunteers to present Knox Oil & Gas's financial proposition to the villagers. How much money is the town worth? While he discovers figures, Mac and Danny are forced to fend for themselves. They walk the beach, talk to a person here and there, meet the black pastor of the village's church, and grow restive.

Danny finds himself falling in love with Marina (Jenny Seagrove), a marine biologist who is exploring the area's waters. Unlike her, he is not a platypus. Her dream is to establish an oceanic research station in the bay near Ferness. His dream is to sprout fins and swim away with this sexy mermaid.

Mac, the city slicker whose days are regulated by his wristwatch, the telephone, and the Telex, feels out of place in nature. But one day, he becomes so involved gathering shells that he leaves his watch on a rock. The waters eventually wash it away.

The villagers of Ferness don't quite know what to make of Mac and Danny. They wear fancy suits all the time and, anxious to wrap up the deal, are always looking at their watches. The villagers meet secretly in the church. The captain (Christopher Rozkcki) of a Russian fishing trawler who is a frequent visitor to Ferness tells them, "You can't eat scenery." Eventually, Gordon presents Mac with a figure of $20 million. Fantasies of owning Masseratis and condominiums dance in the heads of the townsfolk.

Mac reports back to Felix who is most interested in the young man's description of a meteor shower in the skies above Ferness. The citizens and the outsiders celebrate the completed deal with a "celidh," a wild Scots party of drinking, singing, and dancing. Mac is so moved by the beauty of the place and its laid-back people that he wants Gordon to swap lives with him.

Old Ben (Fulton MacKay) lives on the beach in a shack constructed from shipwrecked timber. Through ancestral deed, he owns six miles of prime land. And Ben is not interested in selling — no matter what the price. The villagers turn into a threatening mob. Gordon and Mac try to reason with Ben, offering him a beach anywhere in the world. Finally, Felix arrives on the scene to talk with the cagey holdout.

Local Hero is a global film that will resonate with people around the world because it is a warm, witty, and touching story about things that matter in life. Bill Forsyth's direction is wonderfully intimate. He lets us linger with each character and find his or her special sparkle. There are no villains here, only individuals occasionally hobbled by their foibles. The sea and the sky are the ruling presences of Local Hero, but the movie's true charm emanates from Forsyth's respect for human idiosyncrasy. 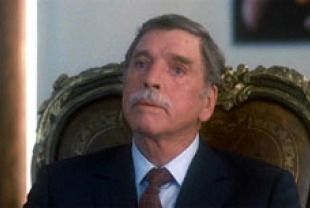 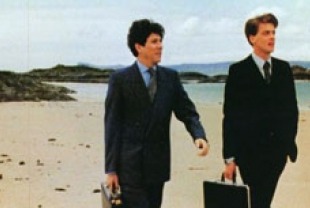