Directed by Peter Weir
A poetic and moving film about the collision between two worlds incarnated in a big city cop and an Amish woman.

All of Australian director Peter Weir's movies are positioned between two worlds: East and West, ancient and modern, head and heart. There is often conflict between good and evil with good emerging from unusual sources. Filmgoers must learn to adjust themselves to the quiet, lyrical, and provocative rhythms of life in slow motion. The small details count.

Witnessmarks this gifted director's American film debut, and although on new turf, his concerns from earlier films are still apparent. Once again, Weir has created an extraordinary work of art that is visually stunning and thematically moving.

<[P>The story opens in an Amish community some 60 miles from Philadelphia. The time is 1984 and a funeral service has just been held for Rachel's husband. Later she prepares to visit her sister in Baltimore with her eight-year-old son Samuel. Daniel, a handsome suitor, comes to say goodbye at the station and gives the boy a handmade toy. On the train, Samuel is wide-eyed with wonder at the sights he has never seen before.

Then, while waiting for a connection at the Philadelphia station, Samuel goes into the men's room and witnesses the murder of an undercover policeman. After questioning the boy, detective John Book insists that the two Amish visitors cannot leave town. He takes Rachel and Samuel to his sister's house for the evening. Rachel does not like Book or his crude ways. She is especially offended by his brutal treatment of a black suspect in front of Samuel.

When the boy identifies the murderer as a decorated narcotics cop on the force, the trouble really begins. John puts the pieces together and reports the possibility of a multi-million dollar drug racket to Deputy Police Commissioner Schaeffer. When Book is later followed home and shot, he realizes that the Commissioner is involved with the criminals. Convinced that Rachel and her son are in great danger, he drives them back to their Lancaster community before collapsing from his wound at the wheel of his car.

Despite the traditional isolation from the world practiced by the Amish community, the elders give Rachel permission to tend to John's wounds in the house where she lives with her father-in-law Eli. While recuperating, John masquerades as an Amish farmer.

He feels like an alien from another planet in this rural society where there are no radios, telephones, or televisions; where the only means of transportation is a horse and buggy; and where one dresses to look "plain." He quickly learns that he must respect Rachel and Eli's beliefs. She insists that his gun be kept hidden in the kitchen. In a very touching moment, Eli explains to Samuel that when you take a gun in your hand, you bring violence into your heart.

Eventually Book wins his hosts' respect and is allowed to participate more fully in the activities of the community. An attraction grows between the young widow and the city policeman. One of the delights of the story is watching Weir orchestrate the under-the-surface sexual energy drawing them together. In a beautiful scene, John is fixing his car when the radio comes on with a popular tune. He waltzes Rachel around the barn with a tenderness and spontaneity that is a wonder to behold. These moments and others give Harrison Ford as Book a chance to convey complex human emotions; he is credible and convincing. Weir draws out a smashing performance from Kelly McGillis as Rachel. Despite Eli's warning that she will be "shunned" if she becomes too close to John, Rachel defiantly gives in to her feelings for the outsider.

Other performances of note are Lukas Haas as Samuel, who captures all the curiosity of a child encountering a new world, and former Russian ballet dancer Alexander Godunov as Daniel, the young Amish farmer who must wait until the time is right to express his love for Rachel.

In a rousing barn-raising sequence, it becomes quite clear that for the Amish, community is more important than modern conveniences or "progress." However, despite his feelings for Rachel, John is a tough city policeman who cannot get rid of his urban assertiveness and violence. Schaeffer and his nefarious partners finally locate him when he punches out some townies who are making fun of Daniel's pacifism.

Witness, in the spirit of Weir's other movies (Gallipoli, The Last Wave, Picnic at Hanging Rock, The Year of Living Dangerously), serves up striking visual images and unusual characters. This is a poetic and moving film that has some fresh things to say about love, passion, harmony, community, and destiny. 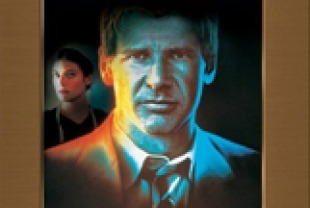