Directed by David Jones
Vividly conveys the magical ways that friendship can open up new worlds of experience and meaning.

In 1949, Helene (Anne Bancroft), a writer who lives in Manhattan, answers an advertisement for out-of-print books placed in The Saturday Review of Literature by Marks & Company Antiquarian Booksellers, 84 Charing Cross Road, London. Frank Doel (Anthony Hopkins) handles the order and soon finds himself reading her witty letters and sending her books on a regular basis. Although living in different worlds, the single American autodidact and the married Englishman and father of two share a love of language and a fondness for well-bound editions of the classics. Learning of the rationing in postwar England, Helene generously ships food packages to Marks & Company where they are gratefully received by Frank and four co-workers. The employees speculate about her as a "woman of mystery." Equally interested in what they are like, Helene sends an actress friend to the store, but Frank isn't there at the time.

Helene's career picks up in the 1950s when she begins writing television scripts. Frank continues to track down books all over England for her. Yearning to visit "the England of English Literature," Helene schedules a trip to London. Her friends at Marks & Company look forward to the visit. But she is forced to cancel when she has to have expensive dental work. Years later, in 1969, her long-awaited journey to England takes place.

Director David Joes does a fine job hop-scotching back and forth across the Atlantic as these two aging pen pals rely more and more on each other to infuse something special into their lives. Based on a volume of letters between American writer Helene Hanff and Englishman Frank Doel, the screenplay by Hugh Whitemore abounds with pithy commentary on books, literature, and philosophy. 84 Charing Cross Road vividly conveys the magical ways that friendship can open up new worlds of experience and meaning. 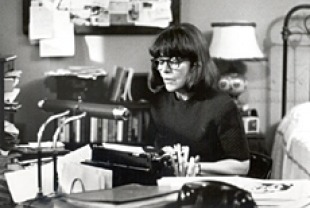 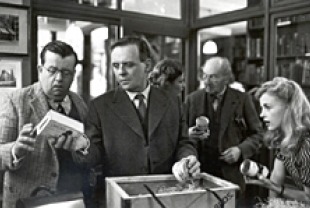