Directed by Godfrey Reggio
A bold and irreverent non-narrative film that speaks its truths with spellbinding images and the entrancing music of Philip Glass.

Do you feel out of step with the masses of people who are hot to trot for the latest electronic gizmo? As you sit in front of your television set and watch the parade of commercials, is there a part of you that wants to shriek out your disapproval of the values being promoted in the ads? When corporation honchos and governmental bigwigs tout the wonders of globalization, do you find yourself feeling just the opposite — that the mass distribution of products and the media has created a more homogenized world where mystery and magnificence are missing? And most important, are you dumbfounded by the casualness of those who accept war as a viable option in our times, given the facts of history and the stockpiling of destructive weapons?

If you have answered "yes" to most of these questions, welcome to the non-narrative masterwork of Godfrey Reggio — Naqoyqatsi, a bold and irreverent film that speaks its truths with spellbinding imagery, and the entrancing music of Philip Glass. It is the third and final film in a trilogy that began with Koyaanisqatsi (1983), which used images of clashing urban and natural landscapes to illustrate the Hopi word for "life out of balance", and Powaqqatsi (1988), which presented images from around the world of primal traditions being influenced by new technology to illustrate the word for "life in transformation." Naqoyqatsi is a capacious term meaning "a life of killing each other, war as a way of life, or civilized violence."

Reggio has fashioned a counter-cultural document using extensive footage from scientific and military films, newsreels, corporate videos, sports documentaries, cartoons, television shows, and commercials. Many pictures have been altered with digital effects — with color added or removed or the whole image stretched to appear flat and lifeless. With great creativity, the director has used familiar and unsettling imagery to attack the deification of technology in our lives.

The three movements of Naqoyqatsi chart the multiple inroads of technology, speed, advertising, and militarism into every nook and cranny of our days. In the first section, human language and the nuances of place give way to numerical code and virtual reality. Our reality is diminished in a thousand different ways. In the second section, we are plunged into a swirl of vignettes and images that present life as a game in which only the winners count, whether in sports, business, gambling, or war. The final movement depicts the acceleration of life where speed is everything and the body, mind and soul can't keep up. Here is the ultimate violation and the violence that blears and smears the human spirit.

Let's get down to brass tacks. Naqoyqatsi is a subversive film that cuts across the grain of what is popular and powerful in this high-tech age. Godfrey Reggio is a resistance fighter who sees much that is dehumanizing and dangerous to the human soul in the so-called progress of science and technology. Of course, this is not surprising when one learns that the director spent 14 years in silence and prayer as a member of a contemplative religious order before coming up with the idea of the Qatsi trilogy. The mesmerizing music of Philip Glass and the melodic cello playing by Yo Yo Ma provide the emotional undertow for the many messages of Naqoyqatsi.

Let's tally up some of the profound points made by this non-narrative film. 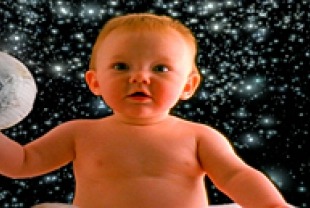 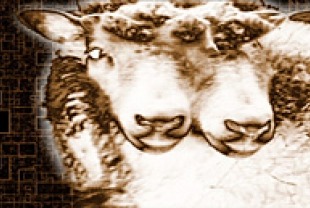