Directed by Wayne Wang
Reveals the invisible bonds that tie people together and provide glints of meaning in a world of suffering, violence, loneliness, and separations.

This extraordinary movie brings together the high caliber talent of screenwriter Paul Auster (The Music of Chance) and director Wayne Wang (The Joy Luck Club). Five interweaving tales revolve around a Brooklyn cigar store in 1990. Auggie (Harvey Keitel) is the colorful manager of the place who at one point says, "People say you have to travel to see the world. Sometimes I think that if you just stay in one place and keep your eyes open, you're going to see just about all you can handle."

A bag containing $6,000 is what ostensibly connects the 15 or more characters in this urban drama but deeper spiritual bonds are reflected by the different ways they care for each other.. They include Paul Benjamin (William Hurt), a novelist who is still grieving the death of his wife in an act of random violence; Rashid (Harold Perrineau, Jr.) who tracks down his father (Forest Whitaker), a gas station operator; and Ruby (Stockard Channing), Auggie's ex-girlfriend who informs him that their daughter (Ashley Judd) is a pregnant crack addict. The closing sequences are comprised of a Christmas story Auggie tells Paul about a thief, a missing wallet, and an elderly blind woman.

Smoke works well on several levels revealing the spiritual connections that link people together and provide glints of meaning in a world of suffering, loss, violence, loneliness, and separations. The drama gives synchronicity a good name and also salutes the value of storytelling as medicine. 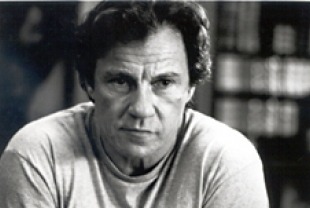 Read our reflections on Being Present in Smoke