Directed by Betsy McCarthy
An interview with Oren Lyons, Chief of the Turtle Clan of the Onondaga, who is responsible for passing on and interpreting his people's traditions, legends, and prophecies.

"We have to get back to the spiritual law if we are to survive." The speaker is a Native American leader in conversation with Bill Moyers on the television special Moyers/Oren Lyons the Faithkeeper. The film can be seen for free at BillMoyers.com.

As a "Faithkeeper," Oren Lyons is the person responsible for passing on and interpreting his people's traditions, legends, and prophecies. He is a Chief of the Turtle Clan of the Onondaga, one of the Six Nations in the Iroquois Confederation. Moyers talks with him in his cabin on Onondaga land in upstate New York.

Lyons' words are startling both for their historical perspective and their practical value. Giving a history lesson which will be news to many Americans, he explains how the Founding Fathers of the United States drew upon the American system of government when making their plans for the nation. As early as 1744, Benjamin Franklin was present at a meeting where the Six Nation chiefs advised the governors of Delaware, New York, and Pennsylvania to form an indivisible union.

People around the world today are looking to America for democracy but "America got the ideas of democracy and freedom and peace from the Indians," Lyons explains.

Except for one important ingredient, Lyons contends. "They refused to use spirituality as a part of the nation. Our advice to you was a spiritual center," whereas the United States system separates church and state. "We said, 'Problem coming.' "

According to Lyons, the problems which can be traced to a lack of a spiritual law, have kept coming through the centuries. The Chief is a prominent member of the international environmental movement, and he speaks eloquently and forcefully about the degradation of the earth.

The prophecies of the Onondaga Nation underscore this point. In 1799 the legendary figure Ganyahdiyok or "Handsome Lake" was given a vision of the future and saw environmental disasters including air and water pollution.

The Chief explains what this legend means to him. "It's certain that this will happen, but it's up to each generation to see that it doesn't happen in your generation."

Lyons comes across in this one-hour program as a practical visionary. He is also an accomplished artist. As he tells the stories which have guided his people through the centuries, the cameras pan across his paintings of the Great Tree of Peace and the early history of his people. Repeatedly, he emphasizes the importance of community to the Onondaga, from their games to their ceremonies.

On the practical level, he talks about living day by day, the importance of not taking ourselves too seriously, and accountability to the next generation.

This long-term perspective is the essence of a spirituality which must be recaptured for our sake and for the generations to come. Don't miss this informative and inspirational interview.

Moyers/Oren Lyons the Faithkeeper is a production of Public Affairs Television and was produced and directed by Betsy McCarthy. The film can be seen for free at BillMoyers.com. 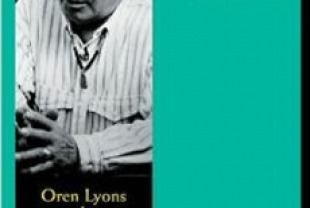 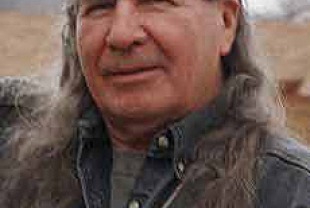