The Belle of Amherst

"My business is circumference," said the poet. And the physical center of that circumference was Amherst, Massachusetts. There Emily Dickinson lived from her birth in 1830 to her death in 1886. Her father served as Treasurer of Amherst College for thirty-five years and was active in state politics. Her older brother Austin, a lawyer, married and settled next door to the house where Emily and her younger sister Vinnie lived as spinsters.

Neither of the Dickinson girls enjoyed being away from home. Emily attended Mount Holyoke Female Seminary in nearby South Hadley for one year but didn't return. Vinnie went away to boarding school for a while only to find out how much she liked being at home.

A great deal has been written about Emily Dickinson's life as a hermit, her unrequited love for several attached men, her wit, and her delight in verse. The Belle of Amherst touches on all these aspects of this eccentric and gifted poet. It has been constructed from Ms. Dickinson's poems, letters, and personal memorabilia by William Luce. Originally performed on Broadway, The Belle of Amherst has been directed for television by Charles S. Dubin with Charles Nelson Reilly (who directed the stage version) acting as artistic advisor. Newsweek critic Jack Kroll said in his review of the one woman drama: "Julie Harris's portrayal of this ecstatic genius should be seen in every state of Emily's America."

This dramatic presentation should have great appeal to Christians and other religions humanists. For within the circumference of her poetry, Emily Dickinson dealt with such significant topics as belief in God, the hope of immortality, the mysteries of nature, the existence of pain and evil, and the problem of death. She found in words s source of pleasure and a way of refracting her thought and experience. But, as Donald E. Thackrey points out, her poetic craft was also a battleground for opposing assessments of silence and language:

Her intellect and intuitive imagination told her that human communication was unavailing before the greatness of the universe and the complexity of man's experience within it. But her emotional nature, her delight in a struggle, and her unlimited courage bade her make the attempt regardless of its futility. As long as her poetry could at least suggest the infiniteness and wonder of the universe, she thought the effort was justified.

This dimension of her work makes Emily Dickinson very contemporary and will speak to those who now mediate upon and give special attention to the nurturance of the inner life. 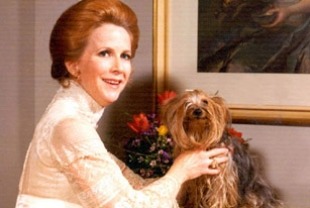