Directed by Ira Wohl
Offers a rounded and appealing portrait of a mentally challenged man who is initiated into a wider world by a loving relative.

This Academy Award winning 1979 documentary charts the changes in the life Philly Wohl, a mentally challenged 52-year-old man who lives at home with his parents. The filmmaker, his cousin, convinces the family to help him become more independent. With a mixture of fear and excitement, Philly grabs hold of new experiences (in one of the best, he sings "If I Were A Rich Man" with Zero Mostel in the actor's dressing room).

The documentary depicts some of the challenges faced by everyone trying to negotiate difficult changes in their lives. When his father dies, Philly is grief stricken. His mother, against her instincts, lets him move into a residence with other mentally-challenged adults.

The second DVD is the follow-up to Best Boy. In Best Man, Ira Wohl visits his cousin 20 years later at the group home where his living. Philly takes classes, does things with friends, enjoys reconnecting with Ira, and is excited about his Bar Mitzvah. These two documentaries make a good case for programs that help mentally challenged individuals enter the mainstream of culture. Society never promised anyone a rose garden, yet the therapeutic value of integrating people such as Philly into America's communities is a salutary goal worth advancing. 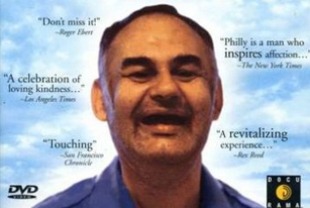