Directed by Roman Polanski
Conveys the bleak determinism that makes this young woman's life so anguished.

Thomas Hardy's novel Tess of the d'Urbervilles (1891) has been adapted for the screen by Roman Polanski, Gerard Brach, and John Brownjohn. It is an eye-inveigling film filled with gorgeous landscapes and memorable rural scenery. In fact, the earth over which the young heroine toils and on which she acts out her fate is a major character in the story. In Hardy's vision of reality, nature is a silent witness to the drudgery, loneliness, and loss of those defeated by forces beyond their comprehension or control.

In the opening scene, John Durbeyfield, a poor farmer, is told by a parson that he is a descendent of one of the most prestigious families in England. His beautiful young daughter Tess is sent to visit the last of the rich d'Urbervilles who live in sumptuous wealth on a palatial country estate. Alec, the nephew of the blind mistress of the manor, offers Tess a job and eventually seduces her. She leaves in shame, returning home to bear a child who dies in infancy.

While working at a dairy, Tess falls in love with Angel Clare, a preacher's son. Just before their marriage, she writes him a letter telling of her past. But, by accident, she slips the missive under the rug by his door and he doesn't see it. After they are wed, Angel tells Tess of an affair he had once; she recounts her sad story and he is shattered. Angel abandons his wife and goes off to Brazil.

Tess becomes an itinerant farm laborer and suffers in silence. Following the death of her father, she again finds employment with Alec and settles down with him in exchange for his support of her family. Angel returns with a repentant heart and wants her back. Tess murders Alec and flees with her husband. After wandering aimlessly, they wind up at Stonehenge. She sleeps on the stones of the heathen temple and in the morning awakens to find the police have arrived.

Polanski's best film to date boasts three fine performances: Natassia Kinski as the attractive and wronged Tess; Leigh Lawson as Alec, the man obsessed with her beauty and his need to possess her; and Peter Firth as Angel Claire, Tess's confused husband who, though lacking in compassion and understanding, is capable of love after a period of suffering.

While acknowledging the visual allure of Tess and the notable performances, one has to admit that it is the story's rich thematic material that makes it so interesting. According to critic Northrop Frye, Hardy's philosophy vividly presents "a world of the nightmare and the scapegoat, of bondage, pain and confusion." Love is portrayed in the novel as "a fierce destructive passion that works against loyalty or frustrates the one who possesses it." Polanski's screen version of Hardy's novel conveys this bleak determinism which makes Tess's life a miasma of undeserved anguish and unhappiness. Other themes worth considering are the sexual double standard, the speciousness of class consciousness, and the nefariousness of religious legalism. While some literary devotees may carp that Tess is not a totally accurate rendering of the book, no one can argue that Polanski has not been faithful to the manifold themes of the story.

Special features on the Blu-Ray/DVD include Cine Regards: contains raw footage from the shooting of Tess in the French countryside, clips from an archival interview with Roman Polanski; Once Upon a Time... "Tess" - documentary film on the making of Tess; On the Making of Tess - three short documentaries directed by Laurent Bouzereau in 2004; Tess: The Experience: Director Roman Polanski recalls the experience of shooting Tess, also included are interviews with makeup artist Didier Lavergne, costume designer Anthony Powell, and actor Leigh Lawson, amongst others; an illustrated booklet featuring an essay by critic Colin MacCabe; and more. 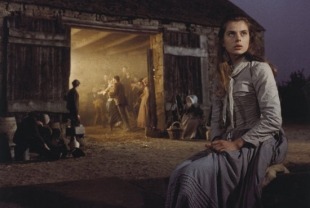 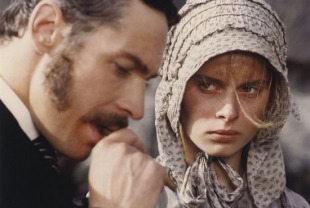