Directed by David Ofek
A heart-affecting documentary about identifying the last victim of a suicide bomber attack outside Tel Aviv, a quest that demonstrates the filmmaker's reverence for all human beings.

Surely, one of the saddest things is when someone dies and there is no one there to mourn his or her passing from the world. It happens every day in cities and towns around the world. In this heart-affecting documentary by Israeli David Ofek, seventeen people die in a suicide bomb attack on a bus at the Migiddo intersection just outside Tel Aviv. Sixteen victims are identified but no one comes forward to claim the charred remains of the seventeenth. He is buried in an unmarked grave.

Ofek takes it upon himself to find out who this person was and why he was not identified. This quest has a spiritual dimension in that he is doing an act of kindness for the mystery man and those who love him by taking the time and energy to go way beyond the police investigations. Through interviews with a forensic expert, an undertaker, policemen, survivors and witnesses, Ofek patiently follows one lead after another. At first, it seems that this man could have been an illegal worker in Israel. That would explain why no one has claimed the body.

This search turns up no new evidence. Then Ofek learns that a woman did a survey of passengers aboard the bus. The filmmaker hires a sketch artist to draw the face of a friendly man who is remembered by the bus driver and several passengers. The drawing is published in the newspaper, and a taxi driver comes forward with more information about this fellow. When members of his family are finally contacted, all the pieces of the puzzle are put together by Ofek, including the crucial fact that this man had a tent with him.

No.17 gives a multi-leveled portrait of Israeli society where death is a constant companion. But most importantly, the documentary demonstrates a reverence for the life of this mystery man who, once identified, is reburied by his family. Ofek has rendered them an inestimable service by making this film and demonstrating the preciousness of every human life. 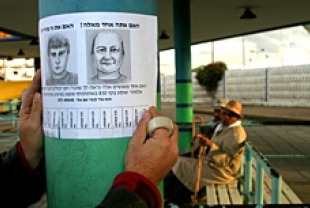