Directed by Jon Long
A 45-minute IMAX film that challenges us to learn from the indigenous peoples of the world about living in harmony with the good Earth.

For centuries, indigenous peoples all around the world have existed in harmony with their surroundings and showered the Earth and all its creatures with their love and respect. They have lived in small groups taking only what they need to survive. Many so-called realists today are convinced that these traditional peoples are out of sync with modern life and, like so many others before them, will soon be displaced and forced to join the millions of urban dwellers. But others look at them from another perspective. They view these indigenous peoples as spiritual teachers who have much to tell us about the sacred planet and how to live our lives.

Jon Long is the writer and director of this film which he co-wrote with his wife Karen Fernandez-Long. Director of photography William Reeve found stunning images of the natural world in Thailand, Coastal British Columbia, Southeast Alaska, Borneo, Namibia, Africa, and New Zealand.

Speaking directly to the camera, Native people share the wisdom that has been passed down through the generations in their communities. A Native American asserts, "Harmony is seeing all things as sacred. There is spirit in everything." In Africa, we learn that "sharing is the natural way of life," and in Thailand that "the most important thing is to have a peaceful heart and treat other life forms with compassion." An artist in British Columbia notes that in his tribe every person is responsible for a ceremony to heal Mother Earth. In Bornea, a young man declares, "We want this land intact for our children."

This may be the first time many viewers have ever heard indigenous peoples speak of what they have experienced and what they feel about the sacred planet that all of us inhabit. They pay tribute to Mother Earth and state how she must be treated reverently. They point out the connections that human beings have with all creatures on the land, in the sea, and in the air. They talk about the spiritual value of never taking more than one needs. They listen attentively and learn important things from the land or the forest. They show respect for those elders try to pass on their wisdom to the younger generation.

Watching the sun and the shadows on gigantic rock formations; looking at the majesty of huge redwood trees; seeing the freedom in a herd of giraffes and zebras on the run; looking up into the sky and seeing birds in a line as far as the eye can see; taking in the close-up of a spider web against a gentle rainfall; plunging underneath the water to get close to a huge circle of fish; and laughing at the playful antics of some monkeys jumping out of trees into a river — our senses come alive to the visual splendors of the sacred planet. By the end, we realize with narrator Robert Redford that these indigenous people have given us a challenge. We need to see the world through the eyes of future generations. Will we choose to reverence and preserve this sacred planet for them? 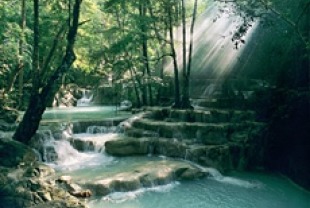 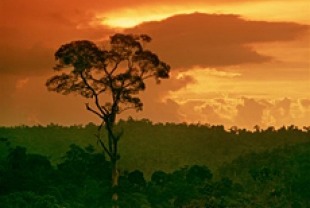 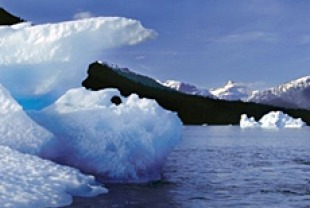