Directed by Terry Gilliam
Celebrates imagination as the only escape from a bleak, ridiculous, and troubled world.

George Orwell wrote: "If you want a picture of the future, imagine a boot stamping on a human face — forever." For Terry Gilliam, a vision of today is a government that seeks to save society by destroying individuals; an inept bureaucracy that creates chaos everywhere; a public caught up in consumerism and the pursuit of eternal youth; and a citizenry harassed by terrorists.

The "Brazil" of the title refers to the 1939 syncopated Latin song which serves as a romantic backdrop for this black comedy set "somewhere in the twentieth century." Sam Lowry (Jonathan Pryce) is a grey-suited functionary who works in the labyrinthine record department of the Ministry of Information. His boss Kurtzmann (Ian Holm) incarnates the Peter Principle — a man who has risen to the highest level of his incompetence. Although Sam's mother (Katherine Helmond) is impatient for her son to advance on the job, he seems perfectly satisfied as a clerk.

Satisfied, that is, until he sees the idealized woman of his dreams in the flesh. She is Jill (Kim Greist), a truck driver who becomes a crusader on behalf of a neighbor - Mr. Archibald Buttle — when he is abducted form his home by government commandos. Turns out the man they really wanted was Archibald Tuttle (Robert De Niro), a renegade freelancer heating repairman. He is accountable to no one and does the job right, unlike the inefficient Central Services personnel.

Sam's life is upended by Jill and Tuttle who jar him out of his ritualized routines. Tuttle fixes Sam's faulty heating system and causes him to be subjected to the retaliatory manipulations of Spoor (Bob Hoskins), a vengeful engineer from Central Services. In pursuit of Jill, Sam takes the promotion his mother has arranged into the Department of Information Retrieval. He tracks her down through data he illegally gathers about her on his job. The result is trouble from the authorities. In the end, Sam faces torture by a man who turns out to be his old friend Jack Lint (Michael Palin).

Brazil is a wacky Swiftian parable about the follies and corruptions of the contemporary world. Director Terry Gilliam believes that the best antidote to totalitarianism is fantasy. Sam's heated up dream life is what originally keeps him above the inanities of the culture in which he lives. A true romantic, Sam sees himself as a heroic, winged god willing to do battle with fierce monsters in order to secure the safety and love of a woman (who looks like a beautiful Jill with longer hair).

Brazil is definitely too long, and a number of the satirical bits are overdrawn. But Gilliam has imagined a curious and credible society that is humorously recognizable. And in the spirit of Kiss of the Spider Woman, the movie celebrates imagination as the only escape from a bleak, ridiculous, and troubled world. 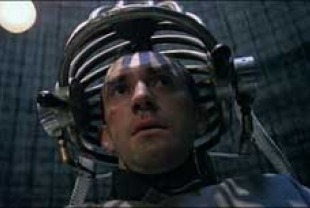 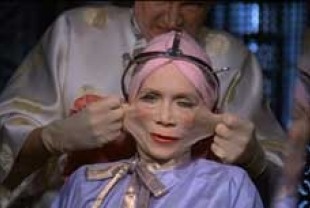