Hijacking Catastrophe: 9/11, Fear and the Selling of American Empire

Directed by Jeremy Earp, Sut Jhally
A hard-hitting documentary exposing the rise of an expanded role for U.S. power in the world.

Immediately after the 9/11 terror attacks, the world's heart went out to Americans in their grief, and the nation waited to see how the Bush administration would react. But before those shocking assaults on symbols of American power, a radical fringe of the Republican Party was already planning in the early 1990s a strategy to establish global dominance through unilateral force. A decade later, this plan resurfaced as The Project for the New American Century supported by such current administration officials as Donald Rumsfeld, Dick Cheney, and Paul Wolfowitz. The events of September 11 helped set it in motion.

This thought-provoking documentary from the Media Education Foundation is directed by Sut Jhally and Jeremy Earp. It is narrated by Julian Bond and features interviews with more than 20 prominent political observers including Benjamin Barber, Noam Chomsky, Daniel Ellsberg, Chalmers Johnson, Norman Mailer, and Mark Crispin Miller. Their statements and others make it clear that a pre-emptive strike against Iraq was being designed by the Bush administration even before 9/11; after the attacks, they added on a campaign about weapons of mass destruction and statements intended to link Saddam Hussein with the terrorists who attacked the United States. The hard-hitting charge in this film is that the Bush administration hijacked the catastrophe to support their neoconservative agenda.

Lt. Col. Karen Kwiatkowski, a Pentegon whistleblower, talks about how the Pentagon and the White House sold this agenda to diplomats and the American public. Norman Solomon points out that instead of proclaiming that the only thing we have to fear is fear itself, the administration emphasized "the only thing we have to fear is not enough fear." Of course, the "shock and awe" campaign in the opening days of the Iraq war was an illustrated parable of U. S. military dominance. The intended message to the rest of the world was that America can do whatever it wants because it is the only superpower left in the world. Critics of the macho underpinnings of a foreign policy based on military prowess point out the dangers of this strategy -- the loss of many young men and women's lives and a staggering national debt. Whatever your political positions, this is an important and enlightening documentary to see before any election year discussions. 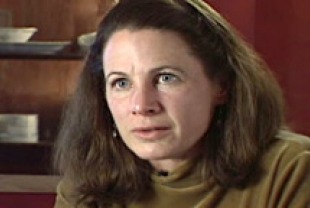