Directed by William Bindley
An old-fashioned tale about the real life struggle of a small Indiana community to come alive again.

This earnest drama is set during 1971 in the small town of Madison, Indiana, where hydroplane boat racing is more popular than high school football games. Ten-year-old Mike McCormick (Jake Lloyd) narrates this story about his dad Jim (Jim Caviezel), a one-time champion racer who has stayed in the sport but no longer competes. He heads a team of locals who are preparing a boat called Miss Madison for the next race. The eager and loyal fans of hydroplaning in town are sad that their boys haven't won a race in years. That is not hard to believe given the fact that another team has a sponsor that has given them all the latest technology and a raft of engineers to prep their boat. They have been the big winners over the years and continue to be the favorites.

Jim gets himself over-extended when he wins the lottery that enables Madison to host the big Labor Day weekend Gold Cup race which will be broadcast on television by ABC's "Wide World of Sports." Only problem is they have to raise $50,000 for the honor. The once prosperous port town has suffered the closure of Woolworth's and Midwest Barge and Coal, but its shrewd Mayor (Paul Dooley) is determined to revitalize their civic pride. Jim faces one setback after another as he tries to get Miss Madison in optimum shape for the big race. An old engineering buddy (Bruce Dern) comes out of retirement to help. But Jim's budget conscious wife (Mary McCormack) wants to move, and his son starts to view his father as a loser who is not up to the challenge of preparing for big race.

Writer and director William Bindley takes an old-fashioned approach to telling this tale about the real life struggle of a small Indiana community to come alive again. It is inspiring to watch the townsfolk and the hardworking Jim dig deep in order to make the best possible showing in the Gold Cup race. Although we can guess the outcome from the start, Madison keeps us rooting all the way for the underdogs.

The DVD includes a featurette on the making of the film. 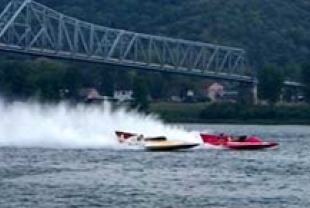 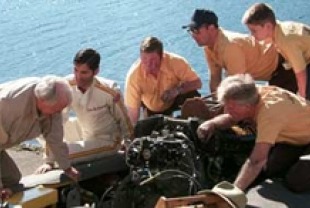