Directed by Chris Terrio
Drama about five New York City denizens yearning for love who reveal they have not learned the abc's of emotional literacy.

In the opening scene of this film set in New York City, Diana Lee (Glenn Close), an imperious stage and screen actress, storms onto the stage at a Julliard School rehearsal of a Shakespeare play and lambasts a student actress for her wan and emotionless reading of her lines. "These are fiery people," she screams, "We're not passionate people, we're tepid voyeurs!" She admonishes her stunned class to take some risks this weekend.

Certainly there is very little fire in the intimate relationship between her daughter Isabel (Elizabeth Banks), a photographer, and her fiancé Jonathan (James Marsden), an attorney. They are making preparations for their wedding in a month, and Isabel is upset that her domineering mother is interfering as usual. And there are secrets between the two of them that have yet to be told. A key to their wobbly relationship comes in a small detail. Just before she leaves for work, Isabel desperately wants a cigarette, which they are supposedly trying to quit. Jonathan says he doesn't know where they are; yet, as soon as she leaves, he casually pulls them off a shelf and grabs one for himself.

Alec (Jesse Bradford), a struggling actor who is involved in a fringe production, is at an audition for a play to be directed by Diana Lee. When he finds out that she is at the helm, he has a panic attack and yet manages to impress her with his performance. She invites him to accompany her to a rehearsal of Macbeth, in which she is starring. He declines, citing other plans, but then changes his mind when she makes it clear that it would not be wise to ignore her wishes. Diana has an open marriage with her husband but is stunned to find out that his latest lover, her understudy, seems to be the real thing. She invites Alec to a party she is throwing for her birthday.

A British writer named Peter (John Light) has been contracted to do a piece for Vanity Fair to accompany an exhibition of nude males by his world-class photographer lover. He's able to set up interviews with the men shown in the exhibit, except one whom his lover called "the heartbreaker." At the party, Peter meets Diana, and she sees her daughter in the kitchen talking with Ian (Andrew Howard), a handsome young man. Isabel has lost her job and even worse, had to turn down a month-long assignment in Europe to do a photo shoot for the New York Times. That possibility was set up by Mark (Matt Davis), her former lover who wants to get back together with her. Isabel tells him, "Mark, you're a child. In 20 years you'll still be smoking pot on rooftops with girls you don't know how to love." Of course, Isabel has a lot to learn about love herself.

Chris Terrio directs this drama based on a screenplay by Amy Fox. The film is produced by the legendary Oscar winning Merchant Ivory Productions team of Ismail Merchant, James Ivory, Paul Bradley, and Richard Hawley. By far the most interesting character is Diana, a lonely woman whose search for the illusive phantom of passion leaves her feeling that she has come up short in the love department. Glenn Close gives an impressive performance as this star who doesn’t want her daughter to follow in her steps as a woman who has no luck with men.

There is a hard-edged and tense quality to the lives of these New Yorkers in the arts-media world that is quite unappealing whether they are chatting at bars, meeting at parties, or sitting around conference tables at the office. The competitive world of career is all they know, and intimacy seems to be a foreign language, something they never had time to learn while being groomed for success. They have not learned the abc's of emotional literacy. As a result, no matter what they achieve in the work realm, they will always have to toil mightily to make their intimate relationships last.

Equally lacking in their lives is any spirituality. In a telling scene, Jonathan and Isabel meet with Rabbi Mendel (George Segal) who is to marry them. He wants them to take a quiz that is designed to draw out the questions a couple embarking on an interfaith marriage would have. It fails completely, and out on the street they ridicule the exercise and its intent to be meaningful. For Jonathan and Isabel, this too is a language they do not know or have any desire to know. 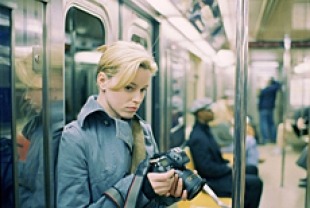 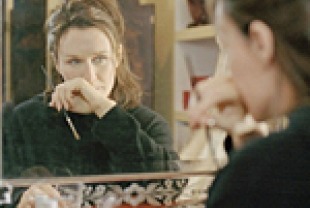 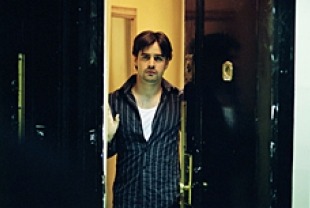