Me and You and Everyone We Know

Directed by Miranda July
A refreshingly original and touching film about the incredible loneliness of isolated individuals in this digital age of so-called connectedness.

"Loneliness is a tumbleweed feeling, drifting along, disconnected, surrounded by empty space," Louise Bernikow writes in Alone in America. No age group or segment of society is immune from this feeling. Single people yearn to find that someone special to love. Children may feel cut off from their parents and peers and turn to Internet chat rooms for company. Teenagers experience a great deal of anxiety about sexuality and are willing to experiment in order to feel less disconnected in an arena that alternately scares and excites them. The elderly are often treated as castaways and must create their own stays against darkness and despair. And, of course, there is the loneliness of those whose marriages have ended and who suddenly find themselves back in the uneasy world of dating.

In Miranda July's extraordinary film debut, she presents a multileveled anatomy of loneliness in this digital age of so-called connectedness. All of the isolated types described above are represented by characters in this drama with a storyline that moves fluidly in and out of their lives. July, a performance artist who also stars in this refreshingly original film, has a keen eye for the idiosyncracies of young and old alike. Although some of these lost and lonely souls go around the bend in order to make a connection with someone else, they are all immensely likable human beings.

Richard (John Hawkes) does not respond well to the breakup of his marriage and his wife's departure. Trying to make a point, he sets his hand on fire, and he must then learn to live with both the pain and the humiliation of his ritualistic act. Richard's two sons are quite mystified and embarrassed by their father's vulnerability, and they do not know how to relate to him. Fourteen-year-old Peter (Miles Thompson) spends a lot of time in front of his computer, and his six-year-old brother Robby (Brandon Ratcliff) has already picked up quite a few tricks watching him navigate the web and various chat rooms. They begin a flirtatious conversation with an older woman, and then Robby continues the dialogue and eventually meets her on a park bench. She is absolutely stunned when she sees the person she chatted with about sex.

Christine (Miranda July) is a video artist who wants to have her work put on display at the Museum of Contemporary Art. One obstacle standing in her way is a snooty gallery owner. Christine is attracted to Richard, who works as a shoe salesman and sells her a pair of new ones. At home, she paints "Me" on one and "You" on the other, and then films each foot cautiously responding to the movements of the other.

Christine has a part-time job as an "Eldercab" driver. One of her regulars is Michael (Hector Elias) who in his old age has finally met the woman of his dreams at the nursing home. But she's dying and wants to do so on her own. On the road, Christine and Michael spot a man who has left a goldfish in a plastic bag on the top of his car. They see the tragedy in process but realize that the fish is doomed no matter what they do. So Christine gives it a blessing, and they decide that it is only their connection to the fish that matters.

Edward O. Hallowell, a psychiatrist, has observed: "Like a vitamin deficiency, a human contact deficiency weakens the body, the mind and the soul." Those lonely souls reach out as best they can and make connections. While some filmgoers no doubt will want to judge the quality of their connections, we see no necessity to do so. Writer and director July makes it quite clear that for many people loneliness is a source of great shame. It is denied and covered up. She challenges us not to turn away from or spurn these individuals but to empathize with their efforts to connect with others in any way they can. 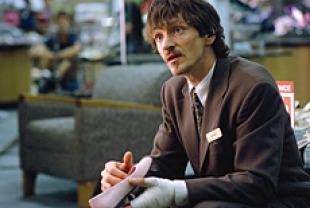 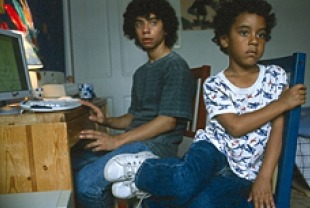