Directed by Ziad Doueiri
An exploration of sexuality by a stunningly attractive and alluring 16 year old and a shy Arab boy who is fascinated and frightened by her playful expressiveness.

There are always going to be people who are convinced that sexuality is dirty and should be kept behind closed doors. Schools and health care systems around the world still say little about our sexual bodies and much less about the creativity inherent in passion. Politicians and preachers have made eros into a whipping boy. But we much prefer the perspective of spiritual teacher Eknath Easwaran who wrote in The Bhagavad Gita for Daily Living: "Harness the raw energy of sexual desire and help transform it, little by little, into an abiding flow of joy. . . . If you feel strong sexual drives, congratulations. If you feel haunted by sex day and night, you are rich in resources. It's like striking oil in your own backyard: you have a little Arabia to supply you with all the power you need." Equally on target as an antidote to the prudishness of so many religious folk is the example of Sister Wendy, who in her television talks about the paintings of the Great Masters lavished praise on Renaissance portraits for displaying luxurious pubic hair.

We were immensely impressed with Lebanese born Ziad Doueiri's first feature as a director, West Beirut, which made our list of the Most Spiritually Literate Films of 1999. It is a vibrant coming-of-age drama set in that war-torn city in 1975. The main characters are Muslims, a group that has been given short shrift in American movies.

Lila (Vahina Giocante) first encounters Chimo (Mohammad Khouas) on a playground. She flirts with him and tempts him to look up her skirt. This unexpected invitation gets his attention and unleashes a torrent of words in his notebook. He wants to be a writer, and his mother hopes that this talent will take him out of the ghetto. On a bike ride, Lila goes further on their journey of sexual exploration. Chimo is alternately exhilarated and frightened when she reveals her sexual fantasies to him. He doesn’t quite know what to make of her pleasure in seduction as they begin a tentative romance.

Lila's passion and exuberance draws Chimo into her world, and he is soon obsessing about everything she does and says. He keeps their affair secret but eventually it is discovered by his best friend, Mouloud (Karim Ben hadou), an uncouth and aggressive European Arab whose macho posturing is in full adolescent bloom. Lila's beauty, free spirit, and verbal expressiveness are an affront to the tough guys in the neighborhood; class and racial differences also come to the surface as the hostile feelings toward this outsider grow.

This fascinating film reveals the role-playing and creativity that go into adolescent exploration of the abundant mysteries and anticipated thrills of sexuality. There are many surprises in Lila Says, which are best left untold here. Ziad Doueiri has treated us to a frank and intimate look at the repercussions of personal eroticism in one tense community. Sadly enough, Lila's playful libido can't hold a candle to the entrenched views of sex as fear, sex as power, and sex as a creative force that must be stamped out. 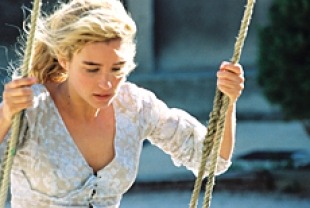 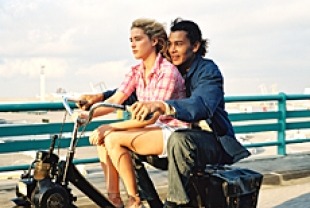