A Discussion Guide to the movie about a the unconventional and very loving marriage of British novelist and philosopher Iris Murdoch and literary critic John Bayley. 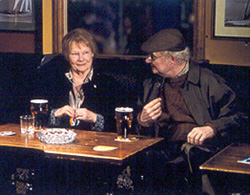 Iris Murdoch (1919-1999) was an English philosopher and author of 26 novels. She was known for her explanations of good and evil, love and friendship, and the meaning of life. Murdoch was married to literary critic John Bayley for 40 years. They had a highly unconventional relationship that lasted through the trying last years of the novelist's life when she fought a valiant battle against Alzheimer's disease.

Iris, directed by Richard Eyre, offers an intimate and poignant portrait of their love affair from their first encounter in the 1950s until her death in 1999. The drama was written by Richard Eyre and Charles Wood based on Bayley's memoirs. Eyre has noted: "Essentially, Iris is about forms of love and the way in which love changes and love endures. . . . In a sense, it reflects on everyone, because in every relationship you have to accommodate the otherness of the other person and that's very much what it's about. It also explores how you can be separate beings in a marriage and yet the sum of the marriage is greater than its parts."

The questions and exercises in this discussion guide are organized around some of the themes of this drama — love, sickness, water, the spiritual dimension of relationship, compassion, memory, and marriage.

Iris runs 90 minutes and is rated R for sexuality/nudity and some language. For our review of the film and a plot synopsis, click here.

1. LOVE, THE DISCOVERY OF REALITY

"Love," philosopher and novelist Iris Murdoch once wrote, "is the extremely difficult realization that somebody other than oneself is real. Love . . . is the discovery of reality."

"By watching water, you really begin to understand the distinctions between stillness and motion, between something and nothing, the inside and the outside, the obvious and the subtle," Suzuki Roshi once told students at the San Francisco Zen Center. 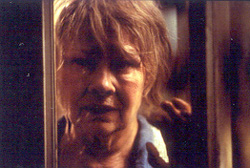 In Heal Thyself, Saki Santorelli writes: "Sickness takes us down, pulls the rug out from under us, disrupts the continuity. It is not pretty and not limited to the description of bodily functions. For all of us 'going down' is unavoidable, ranging from tolerable to the terrifying."

4. A SPIRITUAL DIMENSION TO EVERY RELATIONSHIP

"There is a spiritual dimension to every relationship, no matter what its origins, whether it is acknowledged as spiritual or not. Two people come together because spirit wants them together. What is important now is to look at the relationship as spirit-driven, instead of driven by the individual," Sobonfu Some writes in The Spirit of Intimacy. 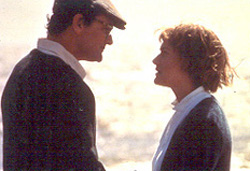 5. THE TEMPLE OF MEMORY

"Time as the rhythm of soul has an eternal dimension where everything is gathered and minded. Here nothing is lost. This is a great consolation: the happenings in your life do not disappear. Everything is stored within your soul in the temple of memory. Therefore, as an old person, you can happily go back and attend to your past time; you can return through the rooms of that temple, visit the days that you enjoyed and the times of difficulty where you grew and refined yourself," John O'Donohue writes in Anam Cara. 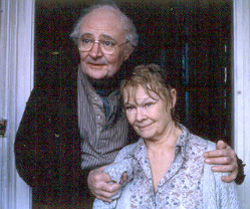 6. HOLDING SUFFERING ONES IN THE LAP OF YOUR COMPASSION

"When we hold suffering ones in the lap of our compassion, we put our own agenda aside and receive them as they are. We let go of what we want to have happen and what we think should happen. We put aside our judgments of them and allow them to be with us as they are. We do not cast aside our thoughts and feelings, but we do not allow these thoughts and feelings to dominate or control how we are with this hurting one," Joyce Rupp writes in Your Sorrow Is My Sorrow: Hope and Strength in Times of Suffering.

"Marriage has its faults, God knows. It has its pains and tediums, its rages and despair. But when it works, it has moments of adventure and passion, of calm contentment, of companionship and profound love. Married people think nothing can compare to those moments," Francine Klagsbrun writes in Married People: Staying Together in the Age of Divorce. 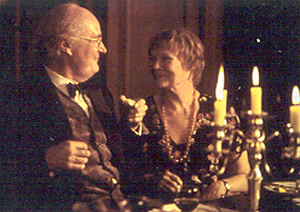