A discussion guide to the movie "Human Resources" directed by Laurent Cantet. Recommended for people interested in finding spirituality at the movies.

All over the world, business leaders are trying to make their organizations more profitable and often this means ignoring the needs of workers. Human Resources is a riveting portrait of how hard it is to keep your soul alive in the workplace. Frank, a business school student, returns home for the summer to work as a trainee in a local sheet metal factory of a large conglomerate. His father has worked there for 30 years, and his sister has joined him. Now, to his family's delight, it looks like Frank will be able to transcend his working-class background and be successful in management. But there is a sharp generational gap between the way Frank and his father look at work.

The drama, written and directed by Laurent Cantet, uses the changeover into a 35-hour work week as a catalyst to set the members of the trade union against management. Frank suddenly finds himself caught up in a battle of wills, and when he finds out some critical information, he must decide where and with whom he will stand. Human Resources opens up many complex and ethically provocative issues related to today's job market as well as personal questions related to family and the workplace. In a time when Western countries are losing factory jobs, the concerns raised by this film are very timely. It puts human faces on political rhetoric about this important segment of the global economy.

This French film won over 17 International Awards including the Jury Prize at the Seattle International Film Festival. The film, which is subtitled, runs 103 minutes and has not been rated. For a detailed review and plot synopsis, click here. 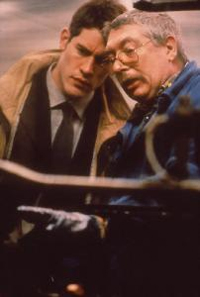 "Contentment is work so engrossing that you do not know that you are working — contentment was absorbedness," Donald Hall writes in Life Work.

"When freedom and craft have been squeezed out of work it becomes toil, without mystery or meaning, and that is why many people hate their jobs. You can measure the drudgery of a job by the number of layers of supervision required to keep the wheels spinning or the cash registers ringing. Toil drains us; but good work may renew us by giving expression to our powers," Scott Russell Sanders notes in Writing from the Center.

3. The Source of Boredom

Rabbi Terry Bookman in The Busy Soul says: "The source of our boredom is ourselves, combined with the expectation that the world and others must keep us entertained. The world is not a boring place. Our minds and imaginations are rich enough resources to keep us interested and interesting. It is we who fail to tap that resource from time to time. If you are feeling bored, or that life is monotonous, ask yourself, 'What is it that I am doing (or not doing) internally to create that feeling?' As an antidote, think of all the miracles that are a daily part of our lives."

In The Future of Success, Robert B. Reich writes: "Nothing focuses the mind of a chief executive, or of anyone else for that matter, like the prospect of vast wealth and the possibility of being sacked. The increasing single-mindedness of top executives on increasing their share prices by cutting costs and improving their products is reverberating through the economy. The good news: American corporations have become more productive and their goods and services dramatically better. The not-so-good news: all jobs and earnings have become less secure, and wages and benefits of routine production workers have eroded."

5. You and Your Adversaries

"In the days of duels with pistols, the antagonists stood sideways as they raised and aimed their pistols to present as little a target as possible. When you contribute to your adversary's ability to hurt you by acting in ways that present a broad target, you are not only hurting yourself but also allowing your adversary to bring out the worst in herself. No adversary is wholly bad. There are redeeming qualities in everyone. One way to bring them out is to model them for your adversary. Act your best, and your adversaries will have a harder time acting their worst," Lewis Richmond writes in Work as a Spiritual Practice.

In Work as a Spiritual Practice, Lewis Richmond writes: "No matter what frustration and indignities erode our sense of dignity on the job, inside we remain vividly alive. No matter how insecure our tenure at work, no one can hand a pink slip to our soul. No one can say to our inner life, 'You're fired!'."

7. Shame Is Heavy, Grace Is Light

"Shame is heavy; grace is light. Shame and grace are the two counterforces in the human spirit: shame depresses; grace lifts. Shame is like gravity, a psychic force that pulls down. Grace is like levitation, a spiritual force that defies gravity. If our spiritual experience does not lighten our life, we are not experiencing grace," Lewis B. Smedes said in in Shame and Grace

A Prayer to Accompany the Closing of the Film
God, help us not to despise and oppose what we do not understand.
— William Penn