Three responses to the question of how we allow are hearts to be "broken open" to those who are closed.

In a "postmodernist" culture where truth itself is a discredited concept, fundamentalists have frequently found their hearts broken as the convictions at the core of their identities are denied or denigrated. At the same time, such a culture makes fundamentalisms of many sorts — intellectual and political as well as religious — more appealing for the way they promise to rectify life. In the words of Jeffery Hadden and Anson Shupe, fundamentalism is "a proclamation of reclaimed authority over a sacred tradition which is to be reinstated as an antidote for a society that has strayed from its cultural moorings."

Assuming that people like me have much to learn from the otherness of fundamentalism — or that at very least we must learn to coexist with it — how can we who are not fundamentalists hold a creative tension with a view that is "holistic and absolute"? How do we allow our hearts to be broken open instead of apart by people who have closed their hearts against anyone not in their fold? I have three responses to that question, none of them easy, all of them deeply challenging to me and my way of being in the world.

First, as fundamentalism continues its cultural ascendancy, we who are liberals have a chance to understand what it feels like to be marginalized, an exercise in empathy that can help break the heart open. I have experienced this cultural sea change in the course of my own seven decades on earth, and rehearsing it from time to time gives me some much needed perspective.

During the 1960s, liberal Christianity was in a renaissance, and its representatives — people like myself who relished our place in the catbird seat and were often guilty of arrogance — had some success at working the political process on issues ranging from poverty to race to war. Fundamentalist leaders decried this involvement in "Caesar's realm," arguing that religion's rightful place was in private life, while we liberals berated them for preaching an "irrelevant" and "irresponsible" religion and urged them to get involved. And so they did, with a vengeance! Today, fundmentalists are in the catbird seat, and liberals have been driven to the margins.

It is an exercise in humility simply to acknowledge that historic reversal, and humility is one of the virtues required for the heart to be broken open rather than apart. But more important still, we brokenhearted liberals now have a chance to identify with the experience of brokenheartedness that still characterizes critical segments of the fundamentalist community.

Arrogance may have replaced brokenheartedness among the triumphal leaders of Christian fundamentalism in this country — the same arrogance of power that liberals fell prey to forty years ago. But anyone who doubts that the violence practiced by some Islamic fundamentalists is fueled by broken hearts lacks a capacity for empathizing with those who feel marginal, devalued, and disempowered. Marginalization is in itself a form of violence against the human heart — a reality that liberal Christians should now be in a position to understand.

How do we allow our hearts to be broken open instead of apart by people who have closed their hearts against anyone not in their fold? My second answer is that we need to become discerning and doubtful about stereotypes. As I take in the news of the day and hear Muslim fundamentalists characterized as evil murderers, my mind turns to the caricatures of the Japanese that were commonplace during World War II. Posters and media portrayals in that era portrayed the Japanese as rats and worse, hammering home the message that "Japs" were evil, sub-human creatures who have only one goal on earth: to kill Americans.

Today, with our image of the Japanese as a creative, intelligent, and industrious people, it is hard to remember that we once believed otherwise. But remembering is a moral imperative, because our image of the Japanese as evil — fueled by the memory of December 7, 1941 — helped lead America, not Islamic fundamentalists, to create the first "Ground Zero," dropping "weapons of mass destruction" on Hiroshima and Nagasaki and killing at least a quarter of a million civilians.

I do not doubt the presence on earth of people who have lost their hearts, people who are so full of anger and so numb to the suffering of others that they will gladly take innocent lives on behalf of a belief system. But such people can be found in the United States as well as elsewhere in the world, and they are always in a very small minority. Refusing to accept gross stereotypes of "the enemy" and recognizing our own shadow, the enemy within, is a second way to open the heart. And that, of course, applies as much to the way people like me stereotype Christian fundamentalists as it does to the way the media stereotype Muslim fundamentalists.

How, I ask again, do we allow our hearts to be broken open instead of apart by people who have closed their hearts against anyone not in their fold? A third answer is to consider the possibility that fundamentalists can be correct in their critique of contemporary culture even when people like me find their proposed remedy unacceptable. For example, when fundamentalists protest the crudeness of the mass media, I find it hard to argue with them — if I pause long enough to get past my knee-jerk reaction to their protest. Then candor compels me to ask how I became so desensitized that I barely notice the blatant sexuality and pornography of violence that are the media's stock in trade?

I know at least one answer to that question: I tend to screen such things out because I do not want to be allied with the fundamentalists, even when they are right. Since I cannot assent to their remedy — "that specific creedal and ethical dictates derived from scripture be publicly recognized and legally enforced" — I do not want to assent to their critique. Here is a true closure of my heart, taken to the extreme of closing against my own sense of what is true. When I have the wit to recognize that my reaction to extremism is itself extreme, I need to hold that tension long enough to allow it to open my heart.

Of course, if it turns out that we share some of fundamentalism's concerns about contemporary culture, it may also turn out that we have an obligation to work for cultural change. We must be clear, of course, that the work we need to do is cultural, not political; we will respond to the crudeness of the mass media, for example, not through legislation that restricts free speech but in the marketplaces of commerce and ideas. The latter seems especially important to me: we need more and more "public intellectuals" who are willing to engage in risk-taking forms of advocacy that do not polarize people but make common cause with even the strangest bedfellows.

Those of us who embrace nonfundamentalist religious beliefs have, ostensibly, one advantage that fundamentalists lack in the context of the postmodern world: we do not equate our idea of the holy with the holy itself. We hold our religious concepts as tentative and penultimate, believing that our ideas can never grasp the mystery of the numinous but can only point in the general direction of a truth that will always elude capture by concepts or creeds.

Excerpted from "The Politics of the Brokenhearted," an essay by Parker Palmer in Deepening the American Dream: Reflections on the Inner Life and Spirit of Democracy edited by Mark Nepo.

Parker Palmer is a Quaker author and speaker, founder of the Courage to Teach program, a Senior Advisor to the Fetzer Institute, and one of our Living Spiritual Teachers. 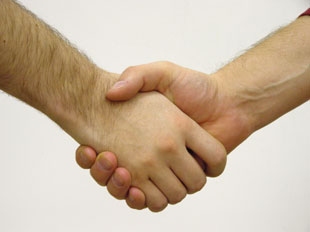